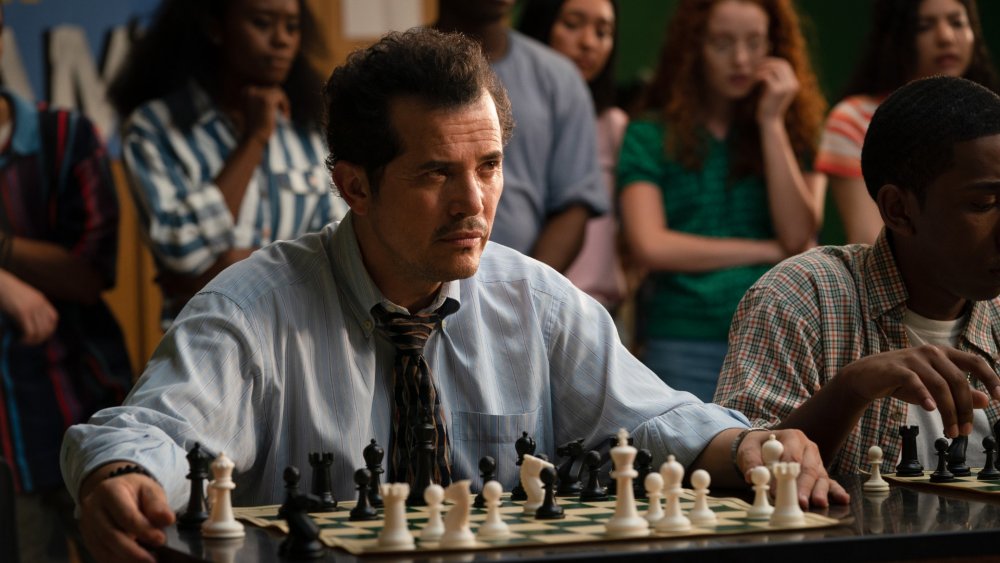 In 1988 Miami, where rampant poverty, broken families, and a prejudiced system pushed underprivileged youth to the fringes of society Mr. “T” Martinez, a chess militant and passionate coach taught a magnetic group of teens that the power of Critical Thinking can not only save their kings, but also their lives.

The biographical drama Critical Thinking is based on the true story of the Miami Jackson High School chess team, the first inner-city team to win the U.S. National Chess Championship, directed by John Leguizamo from a screenplay by Dito Montiel.

“On Sunday, March 17, 1998, almost 22 years ago to the day, I woke up and saw an article in the Miami Herald’s Tropic magazine about the Miami Jackson Senior High School chess team,” says Executive Producer Carla Berkowitz.

Berkowitz and Harvey R. Chaplin have been partners for 30 years and spent over 20 years developing Critical Thinking from story to screenplay to film. Her company, NRSP, is producing Critical Thinking and developing other Aspirational projects. She first made her mark on the Fitness Video industry Producing over 15 Internationally sold Fitness Videos from 1991-2005.She’s also an Audio Engineer, graduating from SAE and specializing in “Demos in a Day”. She’s also the Founder of Perfect Balance World, a Yoga/Athleisure Brand focused on introducing Physics-Based Yoga clothing engineered to improve your performance on the mat. In 1999 she pioneered the use of hip-hop, rap and indie rock to replace traditional meditative music for yoga

“This team, made up of Latinx young men & women of color from one of the poorest communities in Miami, had been shattering stereotypes of what kind of person excelled at chess, and they had just won the U.S. National Championships in Los Angeles. The image and story was haunting and I felt like I had a quantum shift in my perception of chess and who plays it. Immediately after reading the article, I got in touch with Coach Mario Martinez and began what would be a 20-year love letter to Miami Jackson Senior High School and Miami in the ‘90s.”

After interviewing the players, Berkowitz chose 5 to focus on. “They each had a unique take on chess and their own philosophy. One plays blindfolded against 6 boards and wins every time. One plays with aggression. One plays with more finesse. One is organized and kept the team together… you get the idea. It was a movie even before it actually was.”

Berkowitz wanted to change the perception of who plays chess!

“I wondered, when these guys are winning these prestigious competitions, beating kids from the most elite schools in America, how many of these prep-school parents would cross the street if they saw one of these boys standing at the corner?”

“The world needed to see these kids lifting themselves out of the inner-city on the strength of their minds. They drew on their inner-city experiences and used their minds as weapons against the obstacles in their lives. A world that only ever wanted to pay attention when they caused problems had to acknowledge that they had the power to solve them too.”

“What was absolutely astounding was how deep in this game they were, seeing 10 moves into the future, even as they were trying to predict 10 life decisions ahead before they made them and seeing a way out of the inner- city using kings & queens & pawns & rooks…Securing the life rights and the funds was the easy part, the dance to “make” the movie was another story.”

“As you would expect after 20 years, many people were in and out of this project. But it wasn’t until John Leguizamo and fellow producers Scott Rosenfelt (“Home Alone”) and Jason Mandl got involved in 2016 that the film began to take shape. After John committed to star in and direct the movie, shooting began in November 2018 and wrapped in December.”

Q & A with John Leguizamo

A multi-faceted performer and Emmy Award winner, John Leguizamo has established a career that defies categorization. With boundless and visceral creativity, his work in film, theatre, television, and literature covers a variety of genres, continually threatening to create a few of its own. An actor, stand-up comedian, producer, playwright and screenwriter, He rose to fame with a co-starring role in Super Mario Bros (1993), the crime drama Carlito’s Way (1993) and later notably appeared in the films To Wong Foo, Thanks for Everything! Julie Newmar, Moulin Rouge!, Land of the Dead, Summer of Sam, Chef, John Wick, John Wick: Chapter 2, The Happening, and Romeo + Juliet. He has provided voice-work for Sid the Sloth in the animated commercially successful Ice Age film series (2002–2016) and the narrator of the sitcom The Brothers García (2000–2004). Most recently, Leguizamo was seen in The Infiltrator, The Hollow Point, Chef. He recently wrapped production on the third season of the critically acclaimed, Emmy-nominated Netflix series Bloodline in which he plays the role of “Ozzy Delvecchio”.

Can you talk about how you came on board to not only star in the film but also to direct it?

I was asked to star in it by producer Carla Berkowitz and I really dug it. It naturally came to both of us that I should direct. I worked with Dito Montiel who is a monster screenwriter to finesse it so it really brought chess and the intellectual aspects up front.

What attracted you to this film?

I found the story proof that we Latinx and Black Americans can win any intellectual challenge put on us — even with every obstacle put in front us. We just need to be given the chance and this true story proves it. These kids came from the most underprivileged of situations and beat the strongest odds.

How has being an actor helped shape you as a director?

Well, I had in my memory banks the work of the greatest directors of our time at my beck and call. I have worked with them and saw how they handled every situation. Plus, I know how to talk to my actors because I respect their process and love their skill set.

Can you talk about the pre-production process? What was the casting process like?

We did lots of rehearsals and practiced chess all day. Basically we were becoming a real chess team. I had the consultants (the real players) coach us and walk us through the actual games they played in regionals, state and National championships. I also let the young actors improvise and make suggestions so that the roles fit them and they became those characters.

What were some of the challenges you faced during production?

Money is the ever present bogeyman; never enough time, never enough equipment. This is especially true when you are dealing with big set pieces of a high school and championships with hundreds of extras and tiny little pieces of chess. The two are opposing forces. How do I get the big sets and crowds and get the actual moves and the beauty of the strategy that is chess?

What do you want the audience to take away from after they watch the film?

The audience is going to walk away knowing that this was possible. That it can be done. This is possible because of the drive of the kids and the brilliance of their teacher Martinez. His love for these kids was something exceptional and it made the kids believe in themselves and rise to the challenge of reaching the highest goal of National champs.