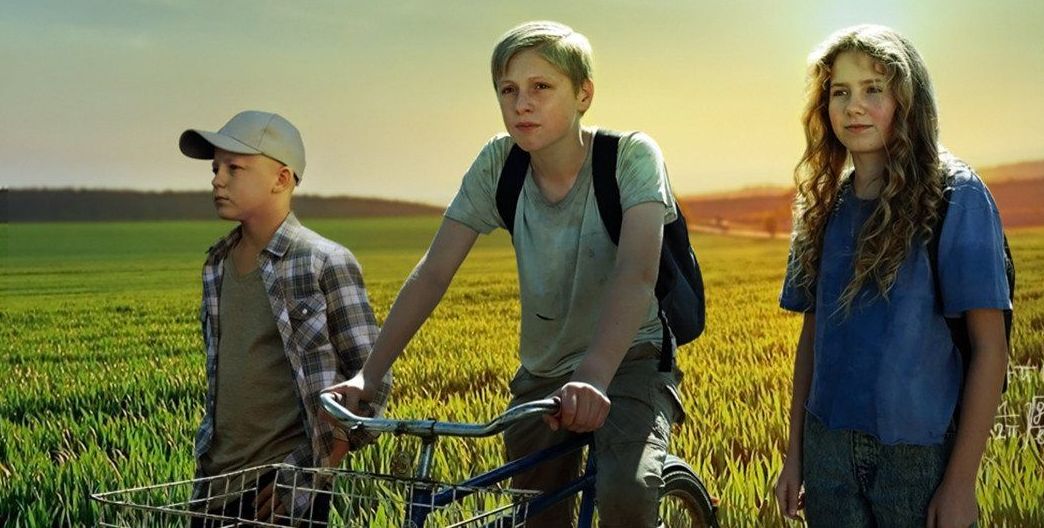 Director Morné du Toit’s remarkable Nul is nie niks nie is an inspiring, heart-warming story about life, death and the continued hope that can be found somewhere between the two.

This heart-warming story is about life, death and everything in between. The film tells the story of three friends (Hoender, Drikus and Chris) who set out to make Drikus’ last wish come true – to make a zombie movie. During their filmmaking process Hoender starts to deal with the loss of his father, he makes new friends, works on his self-confidence and realises that he has a lot to offer. Drikus’ love of life and determination brings the surrounding lifeless community together and gives them a new lease on life.

Morné Du Toit made his feature film directing debut with Hoofmeisie, an Afrikaans family comedy. He has worked as editor (GMR 3, Pantjieswinkel stories, Daar doer in die fliek), first AD and second unit director (Bakgat, Bakgat 2, Crazy Fight Beast Song), and as a writer and director on numerous ground-breaking work in South Africa. In 2013 Morné wrote and directed the short film thriller Prinses (26mins). In 2014 he directed Stom (26mins), a drama that deals with the harsh realities of post-natal depression. The film received respected reviews and nominations for best actor, best director and best film at the 2014 Silwerskermfees.

How did you become attached to the project?

Lizé Vosloo gave me a book by Jaco Jacobs ‘Oor ‘n motorfiets, ‘n zombiefliek en lang getalle wat deur elf gedeel kan word’, quite a mouthful, and asked me to give it a read and let her know if it would be worth adapting for screen.  I read it and I knew I wanted to be part of the project because it was a rich and multi-layered story with many interesting and complex characters.

Screenwriter Lizé Vosloo started her writing career as a junior script writer for the children’s television programme, Thabang Thabong, in 2009. Since then she has written numerous pieces for her own production company. Some of these scripts include Boek Buddies, Proefbuis en die talentkompetisie, Piggy se avontuur, Pieter die amateur kok, Wilma en die renoster, Jannie is ‘n superheld, Die Skoolkonsert and Boelie en die troeteldiere. In 2014 Lizé adapted the Trompie book series into a stage play (Stage Alive Productions) as well as the play Romeo & Juliet (Ready Shoes). 2015 was a big year for Lizé as she wrote the script for her first feature film, ‘Nul is nie niks nie’. She also co-produced the film. During 2015 she also wrote and produced the short film, Dominee-Truuks, one of the 15 chosen for the kykNET Silwerskermfees. Furthermore, Lizé wrote a series of scripts for a Bible DVD Series (Curro Holdings). She also attended Robert McKee’s writing seminar, Story, in New York City.  In 2016 Lizé adapted the bestselling novel Raaiselkind, written by Annelie Botes, into a screenplay (Sally Campher). She is currently completing the screenplay Riebeeck Kasteel for André Velts. Lizé is also part of the writing team for the kykNET sitcom Mense Mense (Nouvanaand Films) which will air late 2017. You can also read her monthly column A Bella’s Life in the Afrikaans Magazine Bella.

Tell us about your vision for the film

My vision is for the film to become a piece of cinema that will have a long life because of its theme of life and death, which is central to the story. We were loyal to the theme from the beginning and I hope the film reaches a broad audience that will find it inspiring to watch.  I believe that stories have the ability to change lives, to bring hope where there was none, and life to where there was none.

Discuss the casting for the film

We had quite an extensive casting process and auditioned more than 400 children. Eventually, we found three lively youngsters who really brought colour to the story. Jaden van der Merwe was the first to be cast, and he set the bar for the others.  The moment we saw them in rehearsals, we knew we had hit the nail on the head because together, they brought so much maturity to the characters they portray. In a reversal of traditional roles, they teach the adults and aid their transformation.

We were equally fortunate with the adult cast. I have worked with Marisa Drummond in the past, and she is a remarkable actress who is able go anywhere with her character.  Morné Visser is an exceptional actor who is extremely present and committed to even the smallest roles.  Antoinette Louw brought so much sincerity to the character, which is what the story really needed.

Tell us about the locations

From the outset, I tried to remain truthful to the theme of life and death.  Every weekend I would take road trips to explore various locations within striking distance from Johannesburg.  I drove thousands of kilometres looking for a town that had lost its spirit, a town with a sense of hopelessness and you would be surprised at how many of them there are in South Africa.  But it was not until I rediscovered Waterval Boven, a town I had been to a decade earlier, that I knew I had the right location.  What Waterval Boven had to offer was this beautiful landscape which in many ways represents life and hope, but the town itself, is the direct opposite of that.  The town is in decline, many of the buildings are in need of repair or paint.  When you walk through the town you can see the despondency; it is a sad place.  Spoornet moved out and in the process many people lost their jobs and have not been able to find employment since. In many ways, the town represents death and the surrounding landscape life.  I just knew that this is where the film needed to play out because the town is so symbolic of its central theme.

Discuss the location for Hoender’s Home

Hoender and Drikus are polar opposites at the start of the film and this is also reflected in their homes.  Drikus is dying, but his home is full of life, with a lush garden and green creepers growing on the walls, whereas Hoender’s home is devoid of life, run down and with a large room full of dead space.  The location for Hoender’s home was not in Waterval Boven, but in Walkerville outside Johannesburg.  It was a sad location, surrounded by dry veld that perfectly represented Hoender’s inner world.

This is at times a heavy story.  How did you manage to imbue it with hope?

From the beginning, the theme of life and death is strong. I felt I had to keep to what was already given to me in the screenplay and be loyal to the theme. Many of the scenes are rich in life and many are rich in death, while some shift between the two. In the journey of the characters too, some bring in life and others bring death or shifts between the two. Casting was important, to ensure that characters who were meant to inspire and the characters who move from death to life had the potential to go there.

We maintained a clear colour palette. As the story develops, and we see a dead town slowly come to life, the colour palette helped with the transition from act 1 to act 2, and the junctions in the story had very definite colour palette changes as Drikus – who essentially brings life into the story – begins to influence everyone.

It’s a weighty story, but Drikus has a strong uplifting influence, which has a lot to do with his naïve zeal. This is most obvious in the scenes where the young boys explore the best locations in which to shoot their zombie movie, and they have a great deal of fun doing so. It was important for me to bring in my own experience of when I was a 13-year old filmmaker going out and making my own little movies – every location is a possibility, everything has potential to be a scene. It was important to go into a 13-year old filmmaker’s headspace and allow myself to be inspired by the character, and that ultimately lifts the story and prevents it from becoming too heavy.

Which aspects of the shoot surprised you the most?

When you read a script, you try to plan as much as possible, make sure you have the casting right, and the locations the story deserves to have, but at some point, you have to take your hands off the steering wheel. The scenes where Drikus is making his movie, going on adventures, and convincing Hoender to be part of his zombie movie, really came to life and the reason I enjoyed that so much was because I saw myself in the character as a young filmmaker. As a kid you can live in the now, not worrying about responsibilities and that is a strong theme in the story. It was beautiful to see these scenes unfold.

The scenes with Hoender and his mother Trisa are sheer magic. They portray their characters with great sensitivity and loyalty to the story. A lot of that came from Antoinette who played the character very sincerely.  You have a seasoned actress with a young actor who is acting in his first film and you put them together in a scene – obviously, we had had discussions beforehand – and they were exceptional together. I have never before managed, as a director, to get such honest performances out of actors as I did out of Antoinette and Jaden.

The film follows a trajectory from death to life.  The world is established upfront as lifeless, washed out and dead. The lives of the community inside the world are also colourless, with bland shades of grey and blue. These two colours mostly form the foundation of our world throughout Act 1 and Act 2. It is when Drikus start to influence others, through his relationship with Hoender and Chris, that the colour red starts to influence people. Red is representative of the disease in Drikus’s blood and his life that rubs off on everyone. It is also representative of the blood theme that we see an abundance of in modern day zombie movies. As we move into Act 3, Drikus’ life is literally starting to influence the colour of the world our characters find themselves in. Shades of green, yellow and blue are introduced with these three colours forming the base of our life pallet. With every subsequent beat/scene, the life pallet becomes richer and more evident in the world and our characters.

We made use of stasis and movement as a device to suggest the influence that Drikus is having on Hoender and on the community. We progress from one extreme to the other as Hoender and the community move from “death to life”, while Drikus moves “from life to death”. We have a progression in camera movement from motion to motionlessness and vice versa.