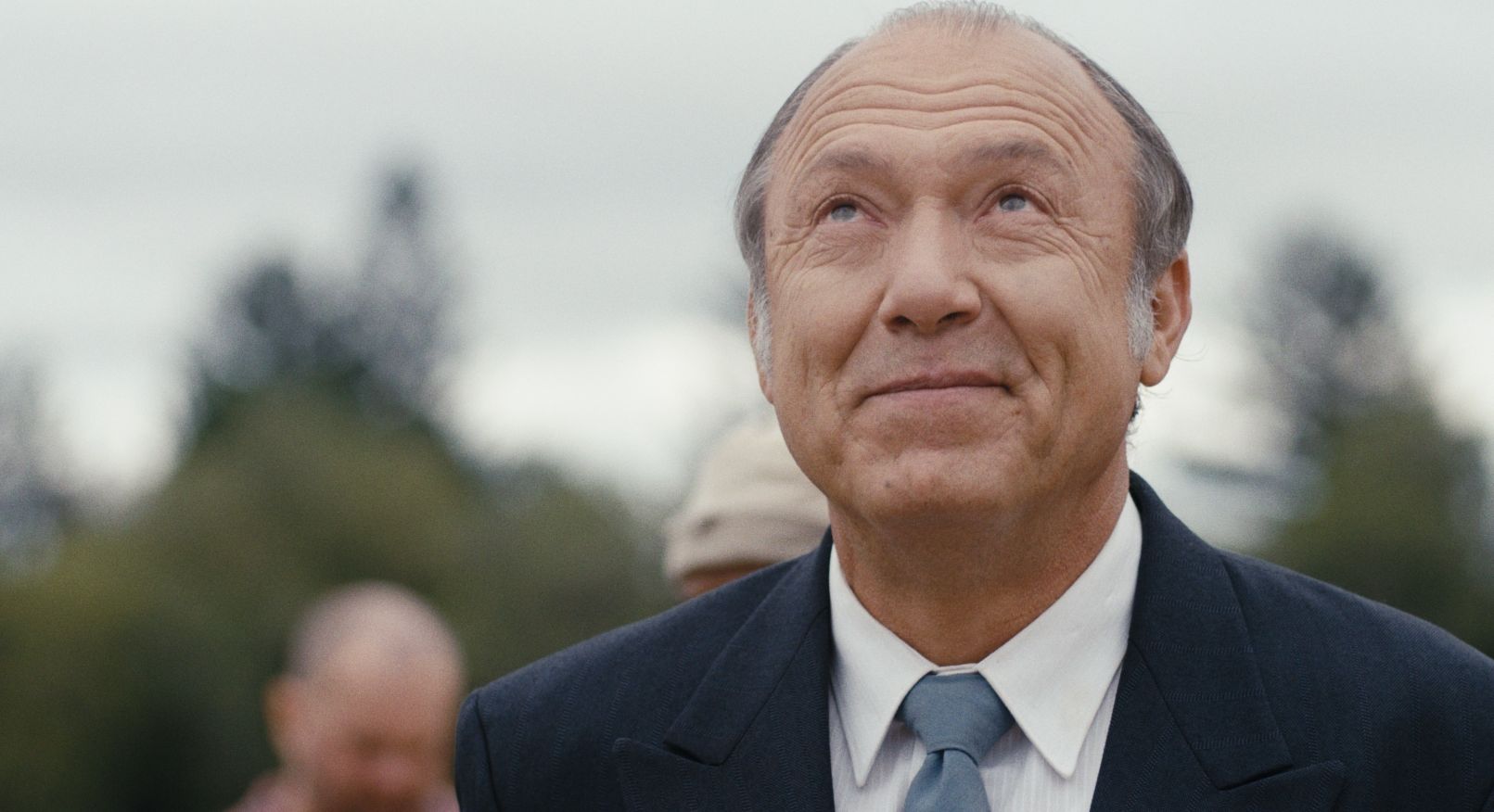 The decline in church attendance is a global phenomenon. The role of the priest in our rapidly changing world is one of the themes that lies at the heart of Dominee Tienie,  the latest film from writer-director and producer Sallas De Jager (Free State, Stuur Groete aan Mannetjies Roux, Musiek vir die Agtergrond) , who wrote the screenplay based on the one-man play of the same name, written by Dana Snyman.

Featuring Frank Opperman in the title role, who reprises on the big screen the role he played on stage, the film tells the story of a priest who needs to win back his confidence if he is to again become the light he once was for everyone around him. After 16 years of serving as the priest of the mother church, Tienie Benade is faced with a steep decline in the number of congregants and a modern society that is rapidly changing. Is he brave enough to provide guidance to his congregation in this new era?

“The idea of an Afrikaans priest coming to the realisation that he has lost his way and doesn”t know where he fits within this modern society, immediately fascinated me,” says director and co-writer Sallas de Jager. “It has been a privilege to tread on proverbial holy ground. This is how I feel about adapting one of the most successful plays, written by one of the most beloved Afrikaans writers, Dana Snyman, for the big screen.”

” I grew up in the countryside, in the late 80s and 90s, and if you grew up in that era and in that
environment, it would be almost unimaginable that an Afrikaans pastor would grapple with this kind of
turmoil. This raises the question: If a pastor doesn’t know where his place in society is, how would I
know?”

“This film is about someone who has to gain back his self-confidence and, while we accompany Pastor
Tienie on this journey, the themes that are explored hold a mirror to the audience. The story asks
questions and, often, difficult questions and this, in my opinion, is the function of storytelling or art, in
general. We live in an age where quick fixes are highly valued and, for this reason, our task as
storytellers has become even more important. Someone has to pose the questions, without having any
preconceived ideas of what the answer will be or any promises that answers will be provided. We must
allow people to talk and we must encourage them to think and we must step out of our comfort zones
and stop being blind to the needs of the people and community closest to us. Often, we spend so much
time and effort on the bigger issues in society, and our own survival within this society, that we do not
pay attention to the small stuff and it is exactly these details that can bring you to your knees.”

Do clergymen still have a role to play in this world, asks Tienie? Does the church? He is trying his best to adapt and make sense of the changes, but in the process, he is alienating his wife and children. After an incident with a dying vagrant, Dominee Tienie finds himself at a crossroads. Will he be able to regain his self-confidence and win back the love of his family, and is he brave enough to provide guidance to his congregation in this new era?

“The film explores a topic that is close to the hearts of many South Africans,” says Helen Kuun, MD of Indigenous Film Distribution. “Keeping the faithful in a world where people consult other professionals for their problems highlights the dilemmas of the modern priest. Where once the pastor was the first person people turned to, today they can consult psychologists, psychiatrists, marriage counsellors, physicians and more. These are the factors that lead Dominee Tienie to question the relevance of his calling. It’s the type of role that is perfectly suited to an actor of the calibre of Frank Opperman.”

Dominee Tienie also explores the inner world of a man who is battling to get to grips with changing times while he confronts his own mid-life crisis.

For Opperman, the role adds to the list of memorable alter egos for which he has become famous: from the eager-to-please Ouboet in Orkney Snork Nie, and the scheming Chris Karedes in The Big Time, to Koos Andries Koekemoer in Gauteng-a-Leng.

“I hope that people will go and see the film with an open mind and would know that, while they are
watching it, each and every person, who has made a creative contribution to the film, poured their heart
and soul into this story to ensure that the viewer would join the characters as they embark on this
emotional journey. The film will entertain audiences and it will challenge them and provide them with
an opportunity to experience some of South Africa’s leading actors and technicians at their best. “