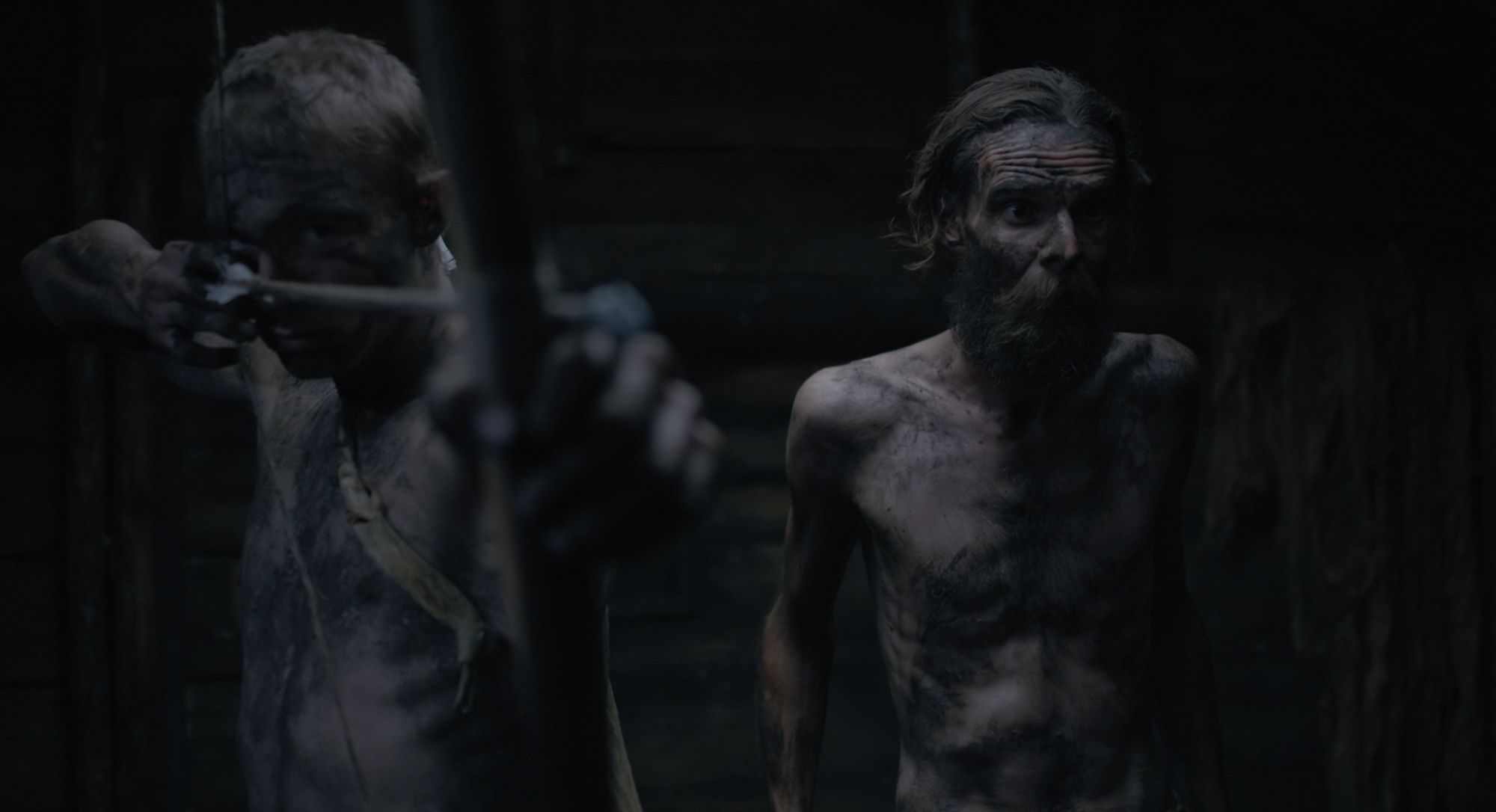 The outstanding South African film Gaia is not about a loving earth mother. It’s a riveting ecological horror fantasy that makes human history irrelevant – the flowers at the end of the Anthropocene.

In the depths of an ancient forest, something has been growing. Something older than humanity itself, and perhaps greater too. When a park ranger discovers a strange man and his son living wild, she stumbles onto a secret that is about to change the world

Park ranger (Monique Rockman) encounters two survivalists following a post-apocalyptic lifestyle. The boy (Alex van Dyk) and his philosophical father (Carel Nel). seem to have their own religion and a mysterious relationship with nature. There are many suspicious aspects to their existence, but when the cabin is attacked by strange, post-human beings one night, she learns that there is a greater threat in this emergent wilderness.

Directed by Jaco Bouwer from a screenplay by Tertius Kapp./  Read interview with Terius Kapp

It is sometimes difficult to keep contemplating and discussing the issues we face regarding the continuation of life on this planet, as we pollute the oceans, cause mass deforestation and release ever-increasing amounts of carbon into the atmosphere, leading to an increase in temperature, turbulent weather and hurtling the planet towards crisis.

A week into filming, production was halted due to the outbreak of COVID. We had to stop filming and were only able to pick up 3 months later. Suddenly what was fiction became a strange form of reality and a pre-apocalyptic film started to resonate more with the cast and crew.

We experience searing grief and horror when the collapse flickers into view. We find it very difficult to contemplate, to think the unthinkable, to navigate the almost unbearable feelings which arise in each of us.

I don’t think the performances in Gaia would’ve had the same emotional undercurrent if it wasn’t for the pandemic and its interruption of our work.

My vision, to construct a paranoid chamber piece about trust, betrayal, and survival, was subconsciously fed by this new, added sense of fear and uncertainty during that first outbreak of the Coronavirus at the beginning of 2020.

Gaia became a portrait of theological paranoia: what is to become of humanity once it discovers it has been expelled from Eden? Or, even more: that Eden itself has expelled it, turned against it, and is taking its revenge? In a sense, it’s a reverse horror film – the outside world is scary, but the real enemy is inside. Straddling the line between fantasy and reality, we are left to wonder how much of the characters’ monstrous vision of nature is real, and how much is a psychotic vision.

Their descent into madness is a desire for chaotic salvation, a desire to become an animal, a gospel that replicates like a disease.

Here lies the core of the film. Gaia is an ecological horror, a survivalist drama that unfolds into a Biblical horror resonating with the Abrahamic tale of The Binding. Abraham’s near-sacrifice of his son Isaac is a potent metaphor for the current state of the politics of ecology. Humanity, empowered to alter the world in ways thought impossible before, is led by a generation fully prepared to sacrifice its own offspring.