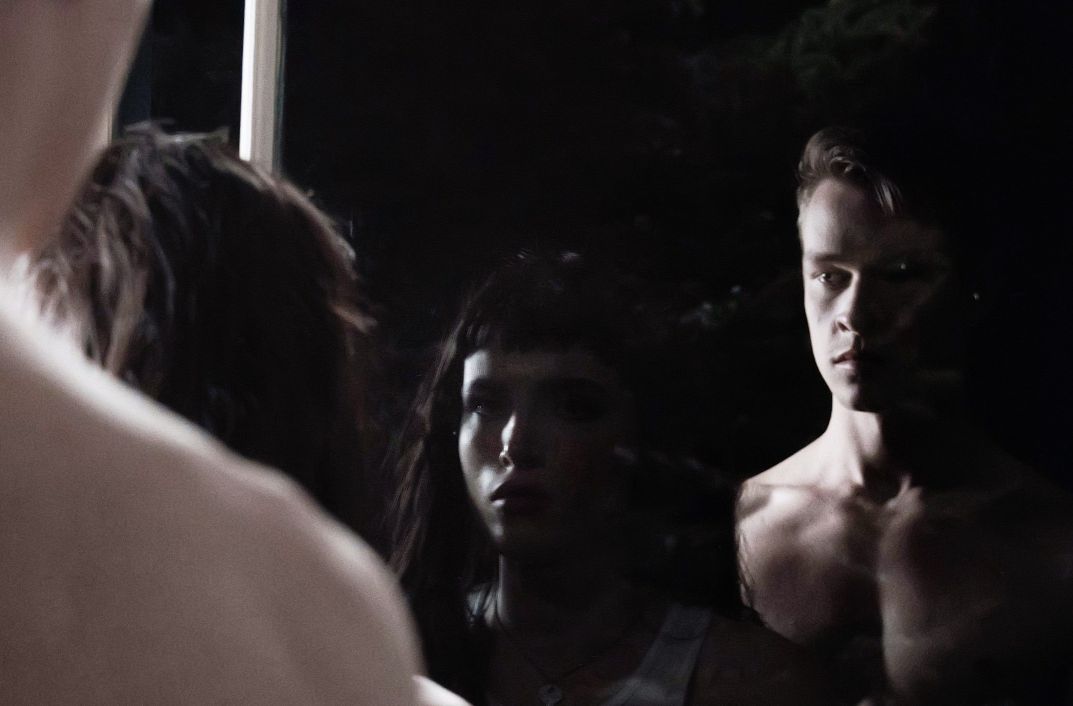 A supernatural thriller with heart.

When director Scott Speer read Jason Fuchs’ adaptation of Daniel Waters’ young adult novel Break My Heart 1,000 Times four years ago, he immediately knew he wanted to bring the supernatural romantic thriller to life on the big screen. “Jason and I have been friends for a number of years and I thought the world he rendered in his script was atmospheric and unique,” Speer says. “Every main character in this movie suffered a horrific loss and they’ve all made different choices in how to deal with it. I thought that would be a really interesting story to unpack.”

I Sill See You is directed by Scott Speer (Midnight Sun, Step Up Revolution) from a screenplay by Jason Fuchs (Wonder Woman, Ice Age: Continental Drift) based on Daniel Waters’ novel Break My Heart 1,000 Times. Fueled by a stirring score from Emmy-winning composer Bear McCreary, the film explores themes of loss and redemption anchored by a performance from one of the most magnetic young actresses working in Hollywood today.

Jason Fuchs (Screenplay) has quickly become one of Hollywood’s writers to watch. While studying at Columbia University, Fuchs was hired to co-write 20th Century Fox’s Ice Age: Continental Drift. The film went on to collect $880 million at the worldwide box office, making it the highest-grossing animated film in history internationally at the time and Fuchs the youngest screenwriter to have a film gross over $250 million.

Fuchs is well-ensconced within Warner Brothers and the DC Extended Universe. Having co-written last year’s epic blockbuster Wonder Woman, which has grossed $822 million dollars to date, Fuchs is currently hard at work on the upcoming DCEU film Lobo.

In I Still See You, sixteen-year old Ronnie Calder (Bella Thorne) enjoys breakfast every morning with her dad — well, actually just a spectral remnant, or “rem” of her father, who was killed a decade earlier along with millions of other Midwesterners when a top-secret lab experiment went cataclysmically wrong. When an unfamiliar rem begins stalking her — and affecting the physical world in ways rems are supposedly incapable of — Ronnie seeks advice from a trusted teacher, Mr. Bittner (Dermot Mulroney). Not satisfied with his explanation, she teams up with classmate Kirk (Richard Harman), a loner with a mysterious past, to figure out what the rem wants from her. In search of answers, they journey to the site of the lab accident in Chicago, where they witness rems reenacting a horrific murder. Armed with fresh insights, Ronnie returns to her wintry suburban home to confront the tormented killer determined to destroy her.

Speer launched his career shooting TV commercials and VMA-winning music videos and made his feature-film debut with the 2012 street-dance drama Step Up Revolution. Most recently he directed the 2018 teen romance Midnight Sun, starring Bella Thorne as a 17-year-old confined to her home by a rare disease. “Bella’s one of the most intuitive actors I’ve ever worked with,” he says. “We had a couple of other people in mind for the I Still See You lead, but I was so blown away by Bella when we made Midnight Sun, I told the producers I thought we should have her play Ronnie Calder.”

For Thorne, who first gained fame as the teen star of the Disney Channel hit comedy series “Shake It Up,” I Still See You offered a fresh approach to one of her favorite genres. “I love thrillers, especially psychological ones,” says the actress, now 20. “I also love ghost stories and thought this film had an interesting twist.”

Thorne, whose own father died suddenly when she was 9 and was raised by a single mom, says she related to her character on a deeply personal level. “In the movie, my character’s birthday is the day before my dad’s real birthday, so yeah, dealing with loss at a young age, you could say that I am definitely used to looking at a ‘Ghost Town.’ Ronnie has hidden away most of her feelings underneath this cold exterior because they’re too heavy for her to understand or come to terms with. She buries her feelings very deep and that’s where the story starts.”

Building on the rapport they established on Midnight Sun, Thorne and Speer worked closely to fine-tune her performance in I Still See You. “Scott and I kind of molded this character together on everything from me picking out what Ronnie’s hair looks like to how I dress in the movie,” she says.

To dramatize the story’s sense of icy dread, I Still See You literally engulfs Thorne’s character in treacherous waters on more than one occasion, but Thorne says she reveled in the frigid action sequences. “It was very cold but honestly, the whole shoot was kind of dope. I thought it was awesome to be working under very different weather conditions.” Her favorite sequence? “Definitely the pool shots,” she laughs. “I belong in the water.”

Kirk Lane, the high-school misfit who helps Ronnie investigate the mystery at the center of the story, proved difficult to cast, Speer says. “The big challenge was finding somebody who had an air of mystery,” Speer explains. “The actor needed to have a timeless, sort of James Dean quality. We looked at a bunch of guys around town and at one point got pretty discouraged because the type of leading man we were looking for seemed almost to be kind of a thing of the past.”

The solution to Speer’s casting dilemma came courtesy of screenwriter Jason Fuch’s niece. “Jason overheard her saying, ‘Oh my god, Richard Harmon is so hot!’” Speer says. “At that point, we reached out to Richard.”

Harmon was in Vancouver shooting the CW drama series “The 100” when he got the script. As he delved into it, Harmon discovered one surprise after another. “When I first started reading the script, I immediately thought I had Kirk pegged as a type of character I’d seen before,” Harmon says. “But as I kept reading, I was surprised by his actions. They weren’t just there to make Kirk seem cool or dangerous; he really believed in something. When you give a character heart, it becomes a lot easier to care about him. I really wanted to be the one who brought Kirk’s inner turmoil to life.”

As soon as Speer saw Harmon’s audition tape, he knew he’d found his man. “Richard had the right mix of being complex and dark and mysterious,” Speer says. “Is he a good guy or a bad guy? Kirk’s character has to be the white rabbit who can get the audience to jump down that rabbit hole with us, and Richard really brought that quality to the film.”

Harmon had never worked with Thorne before I Still See You, but the two quickly forged a bond. “As soon I got cast, Bella invited me over to her house so we could talk about the movie,” Harmon recalls. “We had a month and a half until filming began. Both of us were working on other projects, but we remained in constant contact from that point on. That’s how much we both looked forward to bringing this story to life.”

Thorne notes that her on-screen chemistry with Harmon developed organically from their real-life friendship. “One thing that Richard and I tried to keep in mind is that our characters in this movie don’t know each other at all,” says the actress. “Ronnie and Kirk are both very closed off people, so when they do connect it’s in the smallest and slightest ways. In a way, Richard and I actually have a very similar chemistry on screen as we do off screen.”

Staying true to the central themes of Daniel Waters’ novel, I Still See You occupies a rare niche in genre cinema as a supernatural thriller with heart. “This is a very simple story,” Speer says. “All the filmmakers I look up to basically tell simple stories on wide canvases. This one’s about a girl who learns to let go. From there, I Still See You expands into what I hope is a fun roller-coaster ride of a ghost story.”