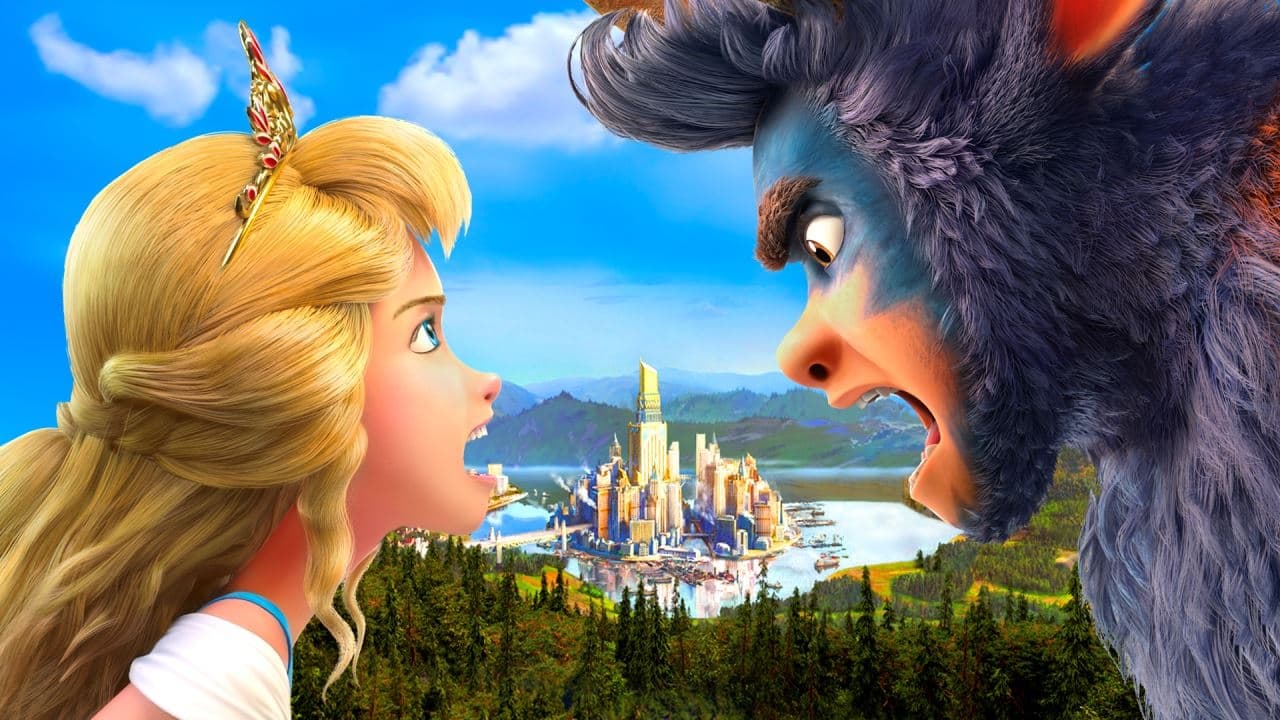 “It was very interesting to work on a world which resembles our modern reality in many ways,” says screenwriter Alexander Arkhipov of the Russian CTB Film Company’s My Sweet Monster. “A world where heroism is at the centre of an entertainment industry designed to pump money out of simpletons.’

Arkhipov crafted the screenplay of My Sweet Monster with Maxim Volkov and Dmitriy Novoselov, telling the story of a rebellious princess who runs away from the royal palace and falls into the hands of the monstrous forest bandit Bogey and turns his life upside down. Barbara attempts to dictate her own rules in Bogey’s native forest. Being a creature of the wild, Bogey hates her for that but, as we all know, the line between hatred and love can be very thin…

“The palace of the inventor-king is populated by robots, while to become a famous knight one has to employ an army of promoters and image-makers because heroic acts are no longer enough,” says Arkhipov.

“Although this is a world where heroism is at the centre of an entertainment industry designed to pump money out of simpletons, it doesn’t mean that there is no room for true heroes. This is also a story of civilisation’s assault on the natural world, and our hero Bogey is one of its defenders. The plot is very dynamic, but there are deeper themes at play too, one of which highlights the risk of new technologies ending up in the hands of the wrong people. Although we raise some serious issues, we tried to keep the mood light and created a very beautiful musical fairy tale.”

“My Sweet Monster is an animated fairy tale for the whole family,” says producer Sergey Selyanov, who founded CTB Film Company in 1992 and since then produced over 100 award-winning feature and documentary films. He is a recipient of the Russian Federation State Award for the film Kukushka (2002), as well as The Russian President’s Award for achievements in the field of the arts for children and youth and the Ikar Film Award for producing films that regularly achieve box-office success.

“The project took us four years to complete and that’s a long enough period to create something thoroughly and thoughtfully, without haste. International sales have been going well; we’ve sold to 97 territories so far. We hope that our viewers will like the new characters and enjoy this beautiful fairy tale,” says Selyanov, who produced My Sweet Monster with Skazka Animation Studio, which was founded in 2012 as a department of CTB Film Company, and producer Georgi Gitis, who graduated from the Animation and CGI Department of VGIK Film School in 2001.

“This is a fairy tale about love, or the power of love, to be exact,” says director Viktor Glukhushin, who graduated from the College of Animation Cinematography as a qualified animation artist in 1995.

“The story is rather unconventional, with many unexpected twists and turns. We juxtapose two very different worlds: medieval palaces are full of modern technologies, which can be used to create mechanical and living creatures who have feelings and emotions. Out of all the characters I especially like Bundy Joyce who is very loveable, despite being a villain. Another character I really like is the Rabbit – Bogey’s loyal friend and helper. He is mad in the good sense of the word, with sharp wit and good energy. And, of course, I adore Barbara for her innocence and faith in fairy tale endings. The main theme of the film resonates within me too: one shouldn’t seek happiness in the faraway lands for it could be somewhere nearby. We also have wonderful songs which we didn’t originally plan to include, but we later realised what an important part they played.”