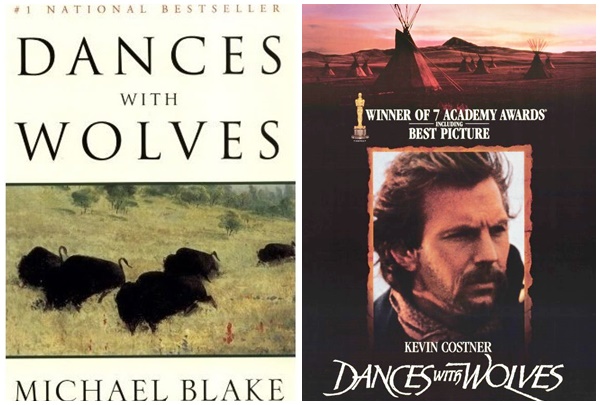 If you have completed a screenplay for film or television, and you cannot get it produced, take ownership of your Intellectual Property and adapt your screenplay into a novel, transforming it into something marketable.

No writer should ever box their story into one medium. Sure, you dream of seeing your screenplay come to life on the big screen, but that is not an easy task. It’s not impossible, but it could take many years and big budgets to realise your dream.

The novelisation of your screenplay could ignite the imaginations of readers worldwide and become a bestseller, feeding the appetite of producers searching for new stories. Just look at the latest movies and TV shows. Most are adapted from books or short stories. It’s time to shift your game plan and double your odds of success. That goes for novelists, too, who should consider the potential of adapting their novels and short stories into features and TV pilots.

Take the leap into prose and put your stories on the bookshelves. Share your art while growing your fanbase.

Traditionally published novels have always been a lucrative source of literary properties for the entertainment industry. In the last decade, more and more self-published books have joined the page-to-screen trend and are responsible for building some of the biggest entertainment franchises. More producers and production companies are scouring the self-publishing world for material.

While this fits with the familiar pattern of adapting books to film (or TV), writers are adapting their screenplays to novels, so that they can attract producers to option those adaptations for film/TV development. Rather than writing the book first, then optioning to a production company, and then writing the screenplay based on the book, the trend now is script first, then book, and next to the option sale, followed by a rewrite or full-on purchase of the original script that started the process. In many ways, the old model of adaptation has been turned on its head.

There are many reasons for this new mini-revolt among screenwriters, not the least of which is that selling a screenplay or teleplay is nearly impossible, even for experienced screenwriters. But with more producers and production companies scouring the self-publishing world for material, it only makes sense that screenwriters should want to dust off all their old screenplays and jump into the adaptation game.

A novel with a built-in audience makes a sounder investment than a spec script coming in over the agent transom or through the conventional script pipeline. This has always been true for traditionally published novels, and now it is increasingly true for self-published books.

A new sales channel has opened for screenwriters wanting to leverage their work in multiple distribution windows: film, television, and print. And even if the movie/TV windows fall short, the writer still has the print/e-book property to fall back on. It’s a win-win for writers.

A prime example is Dances with Wolves. The late Dances with Wolves author Michael Blake originally wrote the story as a screenplay in the early 1980s. He later worked with Kevin Costner on the 1983 film Stacy’s Knights. Blake was staying over at Costner’s house early on in his career when he read the Dances with Wolves script. Costner and eventual Dances with Wolves producer Jim Wilson agreed that despite its worth, no studio would produce it. They recommended that Blake write it as a novel and try to get it published — and then work to use a reader base to entice studios to adapt it for the screen. Blake did just that. It was first published as a paperback and sold primarily in airports. It soon became a bestseller, allowing Kevin Costner himself the chance to obtain the rights later knowing that the film adaptation would get the necessary studio distribution. The rest is Oscar-winning history. The film was nominated for 12 Oscars and won 7: Best Film, Best Director, Best Non-original Screenplay, Best Cinematography, Best Editing, Best Score and Best Soundtrack.

Why Adapting Your Screenplay Into a Novel is a Great Idea

Adapting your screenplays into novels isn’t about giving up on your story. It’s about pinpointing a new and more direct audience — all while increasing the chances of your story making it to the big screen thanks to two industries (Hollywood and Publishing) that love to intermingle.

The Write Novel course will help you to craft your novel.