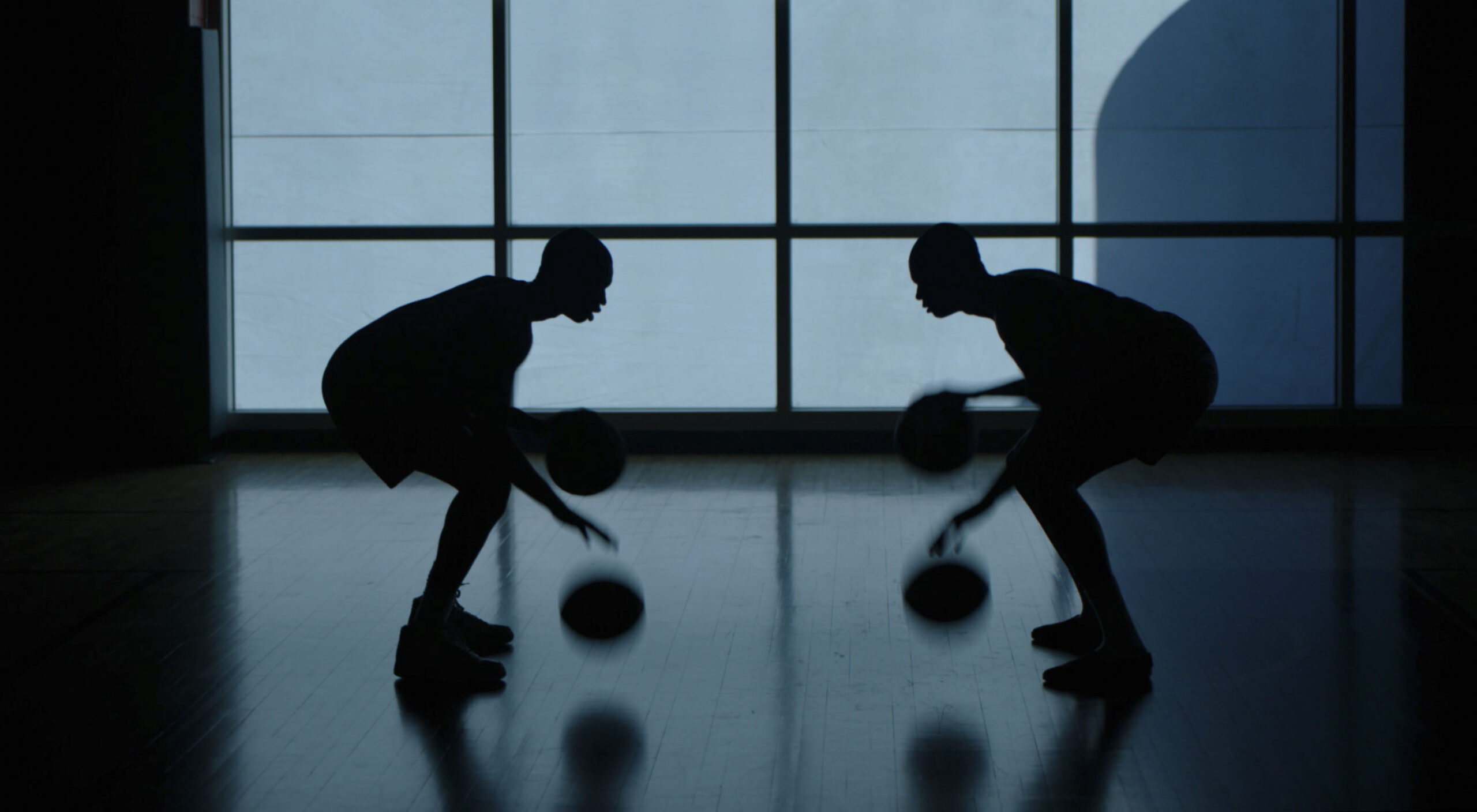 For Arash Amel, who crafted the screenplay of Rise, the film is “a very modern story of immigration, crossing cultures, crossing boundaries, and really a generation of children, of my own generation included, who have grown up not of one culture but of many. And having to absorb all of it and define ourselves.”

The genesis of Rise began with a meeting between Bernie Goldmann, producer of “300” and its prequel, 300: Rise of an Empire, and Giannis Antetokounmpo’s agent, Giorgos Panou. Goldmann knew about Giannis’ tremendous skill as a basketball player but nothing about his backstory. When Panou told him how Charles and Vera Antetokounmpo moved the family from Nigeria to Greece to make a better life for the children, and how they struggled to survive and were able to eventually overcome the odds and triumph, Goldmann thought it had all the elements of a great Disney movie. The heads of the studio agreed.

“I am thrilled and honoured that Disney+ is bringing my family’s story to people all over the world,” says Giannis. “My hope is that it will inspire those in similar circumstances to keep the faith, stay true to their goals and not to give up on striving for a better life.”

Rise is based on the triumphant real-life story about the remarkable family that produced the first trio of brothers to become NBA champions in the history of the league—Giannis and Thanasis Antetokounmpo of the Milwaukee Bucks and the Los Angeles Lakers’ Kostas Antetokounmpo.

Audiences have never seen a story like that of the Antetokounmpos, which mixes Nigerian heritage, Greek nationality and extraordinary athletic ability.

In Rise, audiences will witness how one family’s vision, determination and faith lifted them out of obscurity to launch the career of three NBA champions—two-time MVP Giannis and his brothers, Thanasis and Kostas. Last season, Giannis and Thanasis helped bring the Bucks their first championship ring in 50 years, while Kostas played for the previous season’s champs, the Lakers.

Rise is directed by Akin Omotoso, who studied drama at the University of Cape Town and made his directorial debut with God Is African” in 2003, and scripted by Arash Amel, who is known for writing the critically lauded film A Private War in 2018.

Goldmann believed that it was important to find a director for the film who understood the Nigerian experience as well as the hardships of being an immigrant and moving to an entirely new place. After seeing Nigerian-born filmmaker Akin Omotoso’s 2016 effort, “Vaya,” he was struck by Omotoso’s compassion and sensitivity in handling the material, as well as his ability to deliver incredible acting performances. A Zoom call with the director convinced him that Omotoso was the perfect choice

Rise debuted exclusively on Disney+ in June 2022, and will have its linear premiere across the continent on the Entertainment and Sports Programming Network ESPN (DStv218, Starsat 248) on 1 August.

Discovered their great abilities on the basketball court

After immigrating to Greece from Nigeria, Vera and Charles Antetokounmpo struggled to survive and provide for their five children, while living under the daily threat of deportation. With their oldest son still in Nigeria with relatives, the couple were desperate to obtain Greek citizenship but found themselves undermined by a system that blocked them at every turn. When they weren’t selling items to tourists on the streets of Athens with the rest of the family, the brothers
would play basketball with a local youth team. Latecomers to the sport, they discovered their great abilities on the basketball court and worked hard to become world-class athletes.

With the help of an agent, Giannis entered the NBA Draft in 2013 in a long-shot prospect that would change not only his life but the lives of his entire family.

Just as Giannis’ entering the Draft was a seminal moment for his family, Uche Agada’s being cast in Rise proved to be a seminal moment for the Agada family. Uche was working at a Wawa drive-through in New Jersey when he saw a screenshot of an Instagram post from Giannis about a casting call for someone new and fresh to portray him in the film. Uche had to ask for time off from his job to do the series of auditions, and eventually won the role of Giannis. After Uche was cast, the filmmakers, thrilled with their good luck, approached the casting director, Michael Morlani, to ask Uche if he happened to have a brother. It turned out that he did, and Uche helped his brother Ral prepare for his audition, which blew the filmmakers away. This is how both Agada brothers ended up portraying two of the Antetokounmpo brothers in the film.

Omotoso regards Rise as a story of a family navigating a new space, a story of two cultures meeting each other with something new coming out of it, and a story about the perseverance of the spirit. It directly related to his experience as a 17-year-old son of a Nigerian father and a West Indian mother who moved to South Africa, and that he understood exactly what it means to go from a place where you’ve grown up to coming to an adopted country.

What he found most inspiring about the Antetokounmpos’ story is that, even though it seemed like everything was stacked against them, they refused to give up. They stayed strong, held together by their belief in themselves, their faith and also the ability to see what’s happening now is temporary—that just because they’re selling sunglasses today doesn’t mean they’re always going to be selling sunglasses.

“That’s the triumph of the human spirit,” Omotoso says.

They believed that it had to be done where the story actually took place, where they could draw from the spiritual
connections present in the neighbourhood where the Antetokounmpo family lived, in the places where they sold goods, and in the language they listened to. This extended to the basketball court at the Filathlitikou Club that Giannis actually started playing on and where he slept.

Omotoso says, “Obviously we didn’t go through what they went through, but the mere fact that they had walked there, the mere fact that this was the court in which he started playing and this is the court in which we’re filming them—we’re recreating a moment. So, I think all those things are really important to us as basketball fans and as fans of Giannis and me personally in this total belief of instinct, faith and all these things of coming together to tell the story. I wanted us to draw from that spirit and that energy and be in those spaces that allowed us all to be here to be making this story.”