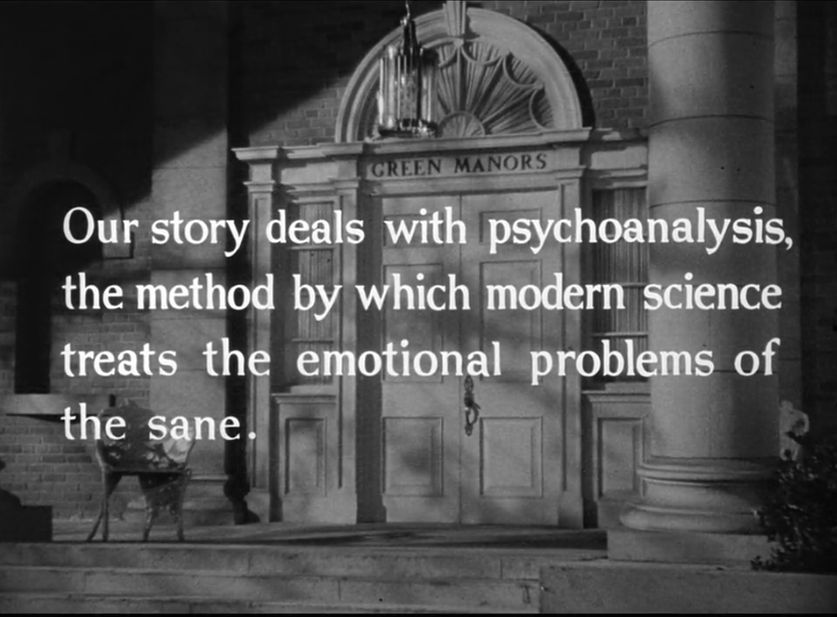 Film, like speech and writing, has a unique language

Writing, speech, and visual images all communicate within their own particular spheres.

Film Is A Visual Art

A visual art expresses its subjects in space. The art in a visual art consists of how those subjects are composed in space. A painter composes with colour, shapes, and tones. A sculptor composes with shapes and spaces. A photographer composes with real and sometimes unreal objects of light.  The visual side of the film is primarily in the hands of three members of the production team:

Film Is A Temporal Art

This is what the Art Of Collaboration is all about.

Have a look st this terrific scene from Stanley Kubrick’s The Shining and see how he masterfully manipulates the senses through visual storytelling.

The Visual Dynamics of Film

Films are created in bits and pieces and put together in an order that the filmmaker hopes will make sense to the viewer. When the filmmaker begins to create the film itself, he or she has a choice of a great variety of techniques to tell the story or communicate the ‘bits and pieces’.

The basic element in all films is the shot. This is a single piece of film that may be as short as one frame or as long as the entire film. The shot continues until the filmmaker decides to change to another shot.  In a finished film, the shot becomes a scene. Scenes are the building blocks of sequences, which make up the entire film. They can be compared to sentences which make up paragraphs that create an entire story. The filmmaker uses different kinds of shots to create variations. An establishing shot often comes at the beginning of a sequence to orient the audience with the general surroundings. Other shots are the medium shot, the close shot, the point of view shot. These different shots are used to create various feelings and moods in the audience.

Another series of shots used by filmmakers involves camera angles. There are three basic angles: High-angle shots look down on the subject; low-angle shots in which the camera looks up; and flat-angle shots or eye-level shots.

The camera can also move; there have been several developments in the area: the steadicam, the fly-cam; remote head cameras and different cranes.

Here’s the flight scene from Man Of Steel, capturing the thrill, excitement and adventure of Superman’s first flight, something we all dream about.

Filmmakers use optical effects to influence how audiences see films.

Fade in: At the beginning of a new segment the scene starts out black and grows brighter until it reaches the proper exposure.

Fade out:  At the end of several sequences, telling us that a segment has ended; the image grows darker until it is black.

Dissolve: A fade-out and fade-in overlapped to create the image that appears to mix one into the other. This is used to show the passage of time from one scene to the next.

Slow motion: This is used to describe details better, to emphasise violence and action sequences, to show the beauty of a subject and to highlight the emotional impact of a scene.

Wipes: When one scene ‘wipes’ or moves another scene off the screen.

Freeze frame: To emphasise a particular frame or image.

Swish pan: The camera pans rapidly from one character to another in a scene, creating rapid pacing and increasing tempo.

Here’s the classic fight scene from The Matrix Reloaded, using optical effects to plunge us into the action.

The filmmaker, similar to the author of a novel, can use various points of view.  In Witness, an 8-year-old Amish boy whose father has just dies is exploring the Philadelphia Amtrack station. We see him glance towards his mother, waiting on a bench, an unfamiliar sight in her black coat and bonnet. Then the camera moves at child’s-eye level, letting us see what the boy sees. We ‘walk’ as he walks, looking at a gigantic gold-covered statue. Next the camera cuts to an overhead shot, looking down from high up the rafters, at the statue and the small boy. We, the audience, become involved and identify with the boy. In Road to Perdition a boy Sam Mendes brilliantly uses point of view to accentuate a young boy’s realisation that his father is a killer.

Here’s the classic opening scene from John Carpenter’s Halloween (1978), where we enter the story from Michael Myers, a young boy who becomes one of the most iconic characters in the history of horror film.

Next to the actual photography, editing shots into the order a filmmaker wants is perhaps the most important part of creating a film.  A group of scenes that are edited together make up the sequence. The cut is used to change our attention from one scene to another. The joining of one scene with another scene, how scenes follow one another, may seem a simple notion, but the cut in a film is one of the most powerful of the filmmaker’s techniques.

The editor must be aware of the rhythm, tempo and pacing of the film.

By juxtaposing bits and pieces of film that have been carefully planned and shot, a film editor can do all sort of tricks.

In Carrie, there is a scene in which Piper Laurie, as the deranged religious fanatic who tries to kill her daughter, corners Sissy Spacek in the kitchen. Carrie, who can move things without touching them, makes all the kitchen knives and tools fly up and stop her mother. The scene is totally believable after the editor is finished with it, except, of course, that it is impossible.

Here’s the classic shootout in Brian de Palma’s The Untouchables, an ultimate feat in editing to manipulate the physical and emotional action.

Lighting placed low can give actors a sinister look. If it is dimmed it may make the same actors look depressed or sad. A shadow of a knife across a face and the shadow of a murdered stalking his victim are examples of shadow techniques.

Stanley Kubrick filmed Barry Lyndon using only natural light, drawing us into the world of the story.

Filmmakers can use the intensity or brightness of colour, as well as the lack of colour to paint a story. Woody Allen makes use of black-and-white film in several of his films to create an artistic feel and period feel; ranging from Manhattan to Shadows and Fog. In Schindler’s List, which was filmed in black-and-white there is one scene in which Spielberg’s colorised the coat of a girl red: showing the protagonist’s point of view, following the girl through the ghetto where Nazi soldiers ransacked the buildings and evicted and killed Jewish citizens. Also, in the film based on the life of artist Francis Bacon, Love Is The Devil, the filmmakers used the same intensity of colours in the scenes that Bacon used in his paintings. The recent development of technology resulted in films such as Pleasantville, where characters in a black-and-white world, could gradually, through their influence, cause other characters and objects to change from black-and white into glorious technicolor. They could even have a character in colour, walking through a black and white setting.

Here’s the classic ‘girl with the red jacket’ scene from Steven Spielberg’s Schindler’s List, brilliantly showing the affect war has on children.

There is no rule in composition. Usually the frame or image is composed so that it pleases the eye, emphasises something, or so that it will describe a tension between colours, shapes, and vertical and horisontal figures.

Tim Burton is a master when it comes to composition. Here’s a scene from Sweeney Todd. Every frame is carefully composed to contribute to the theme of passion and desperation.

Sound design has become an integral part of filmmaking. With the development of sound design filmmakers can fully involve audiences in the visual action .

What better example than the opening from Francis Ford Coppola’s Apocalypse Now, where sound and image collide.

With the advent of more realism in films of the 90s, and especially computer generated effects,  Special Effects companies now take audiences where they have never been before.

Watch this hilarious clip from Robert Zemeckis’ Death Becomes Her, where visual effects contribute to the delightful humour.

Exposition is usually, but not always achieved through dialogue; characters talk about what happened in order to establish the next direction in the story line.Primary exposition is the telling and showing to the audience the time and the place of the story, the names and relationships of the characters, and the nature of the conflict.

The Language of Film Is Explored in The Write Journey course