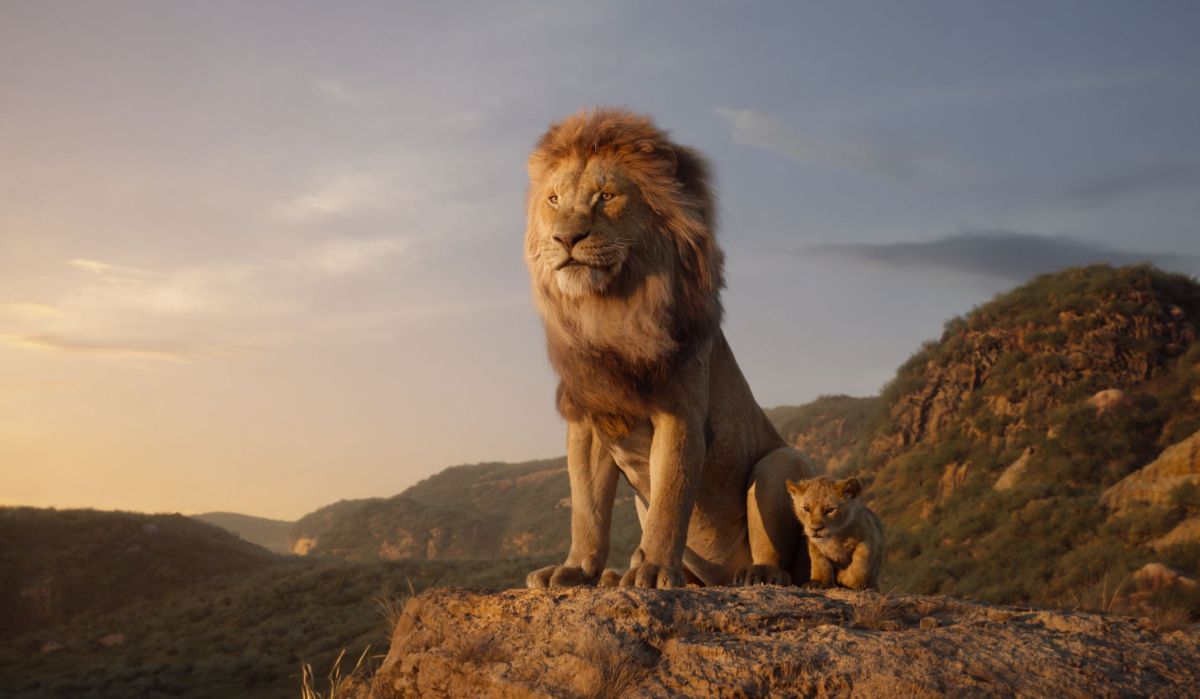 Director Jon Favreau, who utilized technology to tell the story of the live-action The Jungle Book in a contemporary and immersive way, has long admired Walt Disney’s pioneering spirit, and pushed the boundaries to take The Lion King to the big screen in a whole new way—employing an evolution of storytelling technology that blends live-action filmmaking techniques with photoreal computer generated imagery.

“It’s such a beloved property,” says Favreau, who directed the film from a screenplay crafted by Jeff Nathanson (Catch Me If You Can, Pirates of the Caribbean: Dead Men Tell No Tales), based on the 1994 screenplay by Irene Mecchi, Jonathan Roberts and Linda Woolverton.

“Disney has had tremendous success with the original animated version and then the Broadway musical. I knew that I had to be very careful with it,” says says Favreau. “I felt a tremendous responsibility not to screw it up. I wanted to demonstrate that we could be respectful of the source material while bringing it to life using mind-blowing techniques and technologies.”

Now, with the live-action release audiences can journey to the African savanna where a future king is born. Simba idolizes his father, King Mufasa, and takes to heart his own royal destiny. But not everyone in the kingdom celebrates the new cub’s arrival. Scar, Mufasa’s brother—and former heir to the throne—has plans of his own. The battle for Pride Rock is ravaged with betrayal, tragedy and drama, ultimately resulting in Simba’s exile. With help from a curious pair of newfound friends, Simba will have to figure out how to grow up and take back what is rightfully his.

It was a trip to Africa that pointed Favreau in the direction of “The Lion King.”

“I went on safari to Africa six months prior to first talking to Disney about doing this film,” says Favreau. “I remember when a warthog ran by our safari vehicle, one of the people in our group started singing ‘Hakuna Matata.’ And then when we saw lions up on a rock, they all said, ‘Oh, look, it looks like Lion King.’ This story has become a frame of reference that everybody now knows and accepts. It pops up in music, on TV shows, in comedy routines, as part of sketches. It’s continually referenced. It’s such a deep part of our culture that it felt like there was a tremendous opportunity to build on that and to retell the story in a different medium.”

Environments were designed within a game engine; state-of-the-art virtual reality tools allowed Favreau to walk around in the virtual set, scouting and setting up shots as if he were standing in Africa alongside Simba.

According to producer Karen Gilchrist, the director sought to root the film in reality—and did so in unexpected ways. “He wanted to capture those things you can’t quite explain,” she says. “Having director of photography Caleb Deschanel actually working the wheels or having a dolly grip, you get those magical things that happen with the human touch. Not always having the perfect shot, the perfect sunrise, the perfect sky—that was really important to Jon.”

Once the film was created within VR, Favreau shifted gears and directed the film during the animation process. Ultimately, the complex team of artists, technicians, live-action professionals and cutting-edge animators created what is essentially a new way to make a movie. But is it live action or animation? “It’s hard to explain,” says Favreau. “It’s like magic. We’re reinventing the medium.”

But, adds the director, “We’re not reinventing the story.”

For Favreau—much like Walt Disney before him—story comes first. He set out to preserve the soul of the original film, while allowing the performances, artistry, music and humor to unfold organically.

“I understood going into this how important that powerful inherited relationship was with the original film,” says Favreau. “There is such a rich tradition surrounding this material. We are dealing with archetypes and struggles going back to Shakespeare’s ‘Hamlet’ and earlier. Betrayal, coming-of-age, death and rebirth—the cycles of life—are the foundation of all the myths around the world. Then bring in such strong emotional cues like the music from Africa and the songs that Elton John and Hans Zimmer collaborated on.”

Much like the Broadway show presented the classic story in a different medium, Favreau’s contemporary approach added dimension, emotion and realism to the film.

“We definitely are not shy about going back to the old material, but it is amazing how much you can change and update invisibly. And that’s the trick—you don’t want it to feel like you’ve imposed yourself upon the film. We don’t want to cross the line of making something feel too intense, or lose the thread of what we remember about the old film. Comedy works differently. Music works differently. The animals’ natural combat works differently. It’s a family film, an adventure film. But there are areas, even in the original film and in the stage play, which are very intense and emotional. It’s a balancing act because we want to hit those same feelings and the same story points, but we don’t want to overwhelm the audience in a way that the earlier production had not.”