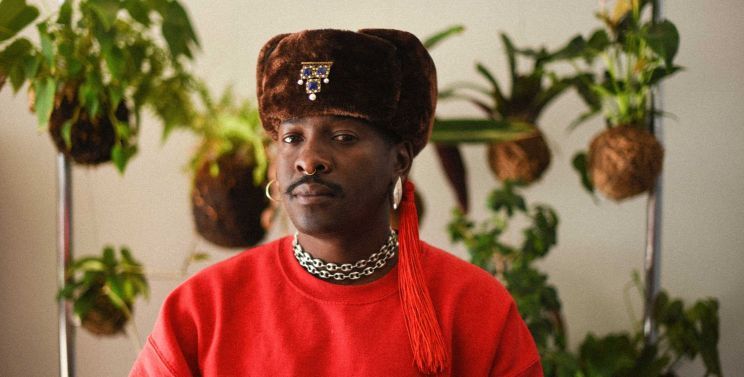 Written, directed, and edited by Lemohang Jeremiah Mosese, This Is Not a Burial, It’s a Resurrection is the first film from Lesotho, made by a Mosotho filmmaker.

“I hope the audience will walk into this film with no preconceived ideas. Specifically, as an African filmmaker who set out to explore new forms of cinema,” says Lemohang Jeremiah Mosese is a self-taught filmmaker and visual artist from Lesotho, based in Berlin.

“I wanted to develop a new cinematic language. I was heavily inspired by Brechtian Theatre, which recognised the ability of Naturalistic theatre to have great social influence, but at the expense of its capacity to arouse aesthetic pleasure.”

An alumnus of the Berlinale Talents, Focus Features Africa First, Realness African screenwriting Residency and Cinefondation’s L’Atelier, his film ‘Mother I am Suffocating. This is My Last Film About You’ was selected for Final Cut in Venice 2018, where it won six awards. This Is Not A Burial It’s A Resurrection premiered at the Sundance Film Festival this year, where it won the Jury Award for Visionary Filmmaking. It has gone on to win 26 international awards.

The visually striking drama, set in the mountains of Lesotho, opens with an 80-year-old widow named Mantoa (Mary Twala), grieving the loss of her son. Winding up her earthly affairs, she makes arrangements for her burial, and prepares to die. Determined to die and be laid to rest with her family, her plans are interrupted when she discovers that the village and its cemetery will be forcibly resettled to make way for a dam reservoir. Refusing to let the dead be desecrated, she finds a new will to live and ignites a collective spirit of defiance within her community. In the final dramatic moments of her life, Mantoa’s legend is forged and made eternal.

“I am hopeful that ‘Resurrection’ will provoke rational self-reflection, just as Brecht’s Epic Theatre encouraged a critical view of the action on the stage. I hope that each person who engages with the film will allow their own ideas around it to permeate and take on their own form.” Lemohang Jeremiah Mosese

This Is Not A Burial, It’s A Resurrection is the first narrative feature film ever made by a Mosotho director. The film was shot on location in the remote mountains of Lesotho, where running water and electricity are a scarcity. Equipment, vehicles, crew and other resources were brought into the country from South Africa. The tiny crew of just fifteen people endured extreme weather conditions while shooting in areas with no road access. Equipment and cast were often transported on horseback and on mules. Apart from the leads, the cast is made up almost entirely of actual residents from the village where photography took place.

Lemohang Jeremiah Mosese talks about This Is Not a Burial, It’s a Resurrection

This is a personal story for you. Can you tell us about your development process?

When I was a child, my family was evicted from our home. My grandmother’s village is undergoing forced resettlement right now. My experience of displacement has significantly impacted who I am and how I see the world. I was fortunate to be incubated at the Realness African Screenwriter’s Residency early on in my development process. There I became part of a cinematic family who are rooted in Africa and I was able to make sense of all these ideas and feelings that I was giving birth to. As someone who has mostly had to learn and create in isolation, Realness provided a loving and nurturing home to me and my musings. It was also
where I met my producers, Cait and Elias, who are the founders of this initiative. They both believed in me from the beginning and their passion was the driving force behind ‘Resurrection’.

When you envisioned ‘Resurrection’ in your head, before any shooting began, how did it look?

For me, it was always an observation about life and death. The initial whisperings of ‘Resurrection’ spawned from this parable that I wrote about a mute prophet who could not speak his prophecies. He had rhema and logos about the soulless march of time and death, but when he opened his mouth, hail and frogs would flood from it and it was too sickening to behold or withstand.

In a way, this illustrated how I feel as a creator who struggles to communicate his ideas in a way that is accessible to others. With ‘Resurrection’ I felt as though I had an entire ocean of ideas. They were vast and massive. I am pleased to say that we managed to realise some of them in our film.

The subject matter has more significance and urgency today. Did your journey as a writer and filmmaker shift or evolve over the years, in the way you engaged with the material?

I think it evolved. With a team around me, I was able to refine what I wanted to create. The concept of life, death and the cycle of time has always been something that has preoccupied my mind. I am obsessed with the human condition. To me, the most poetic landscape is the human and our constant battle to reconcile with our carnal selves. The foundation of what I wanted to explore was always within me, but how I chose to explore it was continually distilled.

This is a tough film, thematically and technically since you were shooting in remote locations. And you are depicting stories of actions against indigenous people. How did you work through these risks and challenges?

It was a very rough, unforgiving landscape we shot in and yet so beautiful. The weather drastically changed constantly, one minute it was sunny and hot and the next we were drenched by torrents of rain and it was dark and cold. We had to wrestle with the gods of nature not just to shoot, but also to get to the next location. It worked in our favour somehow; we kept shooting throughout the storms and we managed to use the footage from this in the film. When the rain stopped, we had to then deal with slippery hills covered in deep mud.

Mary, our lead actress, who was 80 years old, had to be carried back and forth up a long hill by crew members and men from the village. At particularly remote locations, we had to send her on horseback. There were no proper roads and when it rained, our vehicles would often get stuck or break down completely. I was incredibly grateful for the talented and passionate zealots around me. We really went to war together.

Cait Pansegrouw, the film’s producer, lives up to her nickname ‘Sheela” (as in Ma Anand Sheela that I learnt about through the documentary series ‘Wild Wild Country’); she is really a cult leader. She kept everyone focused. She is not just a producer, she is also creative. I come from the school of underground cinema. It is very rare to have producer who not only understands but also appreciates that kind of cinema.

The cinematographer, Pierre de Villiers, was ready and primed to work under extreme conditions that allowed little to no freedom. In a way, the ideal conditions conspired in our favour. Gods are frequently seen in such places.

How did you work with your actors filming those scenes, getting them into that head space and providing them the right kind of on-set atmosphere?

One thing I kept stressing was they shouldn’t act. A few of the leads came from a South African television background, so they had preconceived ideas about their characters and had picked up some habits that of course got them to where they are now in their careers, but that I wanted to strip away for this film. I talked with them about not doing anything. On my set they are objects, not characters. As for the rest of the local cast, they were not professionals, they had never been on camera, and this was beautiful part because they came as they were. We were shooting in their village. We were their guests. Of course, it took a bit of work to get them in front of the camera and make them comfortable. I would talk to them in the context of their actual village and their way of life, not necessarily about the role that they were fulfilling on screen.

What informs your choice of camera and technology, and what techniques do you do to bring out the beauty in your imagery?

I come on set or to the page as a novice, an amateur. I have allowed myself to dream and not filter anything. I have come to understand that ideas have a life of their own, all I have to do is to free them from myself. Technique and language are thingsto be used but not necessarily embraced. Of course, this comes with years of making bad art.

As far as the camera and composition, Pierre, my DP, and I had synchronised love and passion for beauty. He has a very particular way of seeing light. I called him ‘the god of the sun’. I also trusted him with the choice of camera we should use, which was the Sony Venice. It served us best in low light conditions since we did not have much lighting gear. We had to make do with the little we had in no-man’s land.

Can you talk about your process as creative collaborators with producer Cait Pansegrouw and the team?

My previous film ‘Mother, I am suffocating. This is my last film about you’ is an essay film. I had a small local crew that had no clue what I was doing, but who provided extra hands on the day so that I could execute what I wanted. In that way I felt safe because they couldn’t question anything or doubt me. With ‘Resurrection’ I had to work with a professional crew. It was beautiful to get out of my comfort zone and get to talk back and forth about ideas and have everyone on one page.

We had the whole village community of Ha Dinizulu behind us, willing to ‘go places’ with us. I am forever grateful for the work that they put into the film. Cait is a force of nature. She has an iron fist covered in velvet glove. She knows when to say things with a smile and when to say things with a snarl, to keep us sailing to our true north, always. She comes from a film school background and yet she is not pigeonholed by structure or technique or know-how. She believes in art. Among other neurodivergent impediments I am battling dyslexia, and it can be hard for me to communicate clearly.

Cait and I were synchronized from the start. We were both very clear about what kind of work we wanted to make. Pierre de Villiers, my cinematographer, a beautiful, creative human being, had an iron will to go all the way, always. It was inspiring. At times I think I was confusing, my thoughts always seem flawless and complete in my head, but when I actually say things out loud, they can sound incoherent. The crew were patient and respected my thought process. It was amazing to work with my long-time friend and sometime assistant, Pheku (known as ‘Keeper’). His generosity and loyalty cannot be bought, and the same goes for Phillip Letela. My Basotho brothers. I am used to working in isolation.