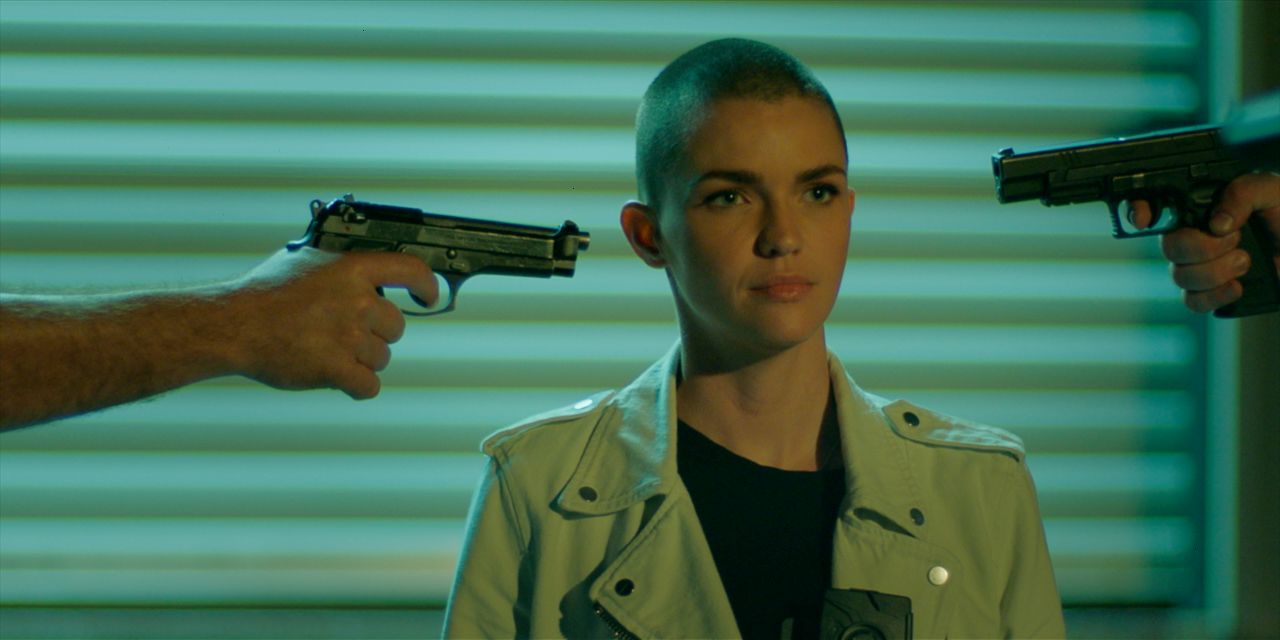 “I have always enjoyed the Korean Gangster film genre ever since I first became aware of them,” says Vanquish director George Gallo. “These films have a cool, bouncy and deliciously dark vibe and most importantly, a great sense of humor.”

“Like High Noon, Bad Day at Black Rock, The Taking of Pelham One Two Three and even Midnight Run, the story happens in a compressed amount of time. It’s a fun way to spin a story. The key was to take something that could be familiar and do it in a way that made it seem fresh. I’m very happy with the result and I think the movie is a fun and compelling ride.”

“I also love stories that have highly flawed main characters who during the course of the tale get a chance to redeem themselves. My attraction to Vanquish was that I could make a film that I hadn’t really done before and infuse my love of these genres into my film,” says Gallo, who co-wrote the screenplay with Sam Bartlett.

In Vanquish Morgan Freeman plays a retired police commissioner, who has been dirty his whole career, and blackmails his caretaker Victoria (Ruby Rose) by kidnapping her daughter and forcing her into her old job — doing five very dangerous pick ups in one night. Crushed by the betrayal from the only man she ever trusted, Victoria fights her way through a sea of drug dealers and underworld thugs on a mission to save her daughter. As the night goes on, Victoria is confronted by her past and people who Damon has been protecting her from that all want her dead. Once she’s pushed to the very edge, she finds a kernel of redemption in Damon’s agenda.

“We got to make an exciting action thriller with a great director, amazing cast and a super hardworking crew that really stepped during an uncertain time due to COVID 19 and all that came with it. Oh yeah…And we also shot through a few hurricanes,” says Nate Adams – Producer and 2nd Unit Director.

“Shooting through August and September and being the first “bigger” movie back, brought us a lot of attention and we really all had to work together in order to keep everyone on set safe and healthy during the shoot. Which came with some issues from both mother nature and COVID. With COVID, we had a false positive that shut the production down for 2 days. And with the hurricanes, we had three, only one was bad enough where we sent the cast and crew to Jackson (or home) in order to be as safe as possible. Despite the difficulties presented, it was great to see everyone in all of the departments step up and go the extra mile to make sure we could deliver an incredible film.”

“Morgan Freeman, Ruby Rose and the rest of the cast were incredibly easy to work with. And despite the constant testing and social distancing, everyone really had a great time on set. This film was a great experience with many lessons learned and seemingly insurmountable obstacles overcome.”

“It was July 2020 and I was headed out my backyard in Covid crazy L.A. for the first time,” says producer David E Ornston.

“I was getting on a plane and headed to Mississippi. I was making a movie during the worst pandemic the world had ever seen. When the screen actors guild rep visited our set in early September, he said we were the biggest film currently shooting in the US.”

“Making a film is/should be a family like experience. We are all working together to create something great. We stand side by side, solve problems in close quarters, deal with issues and triumphs over amazing lunches, have BBQ’s, go out for drinks and have a wrap party. The only one of those things that actually happened was making a great film. Everything else was wearing masks and staying 6 feet apart.”