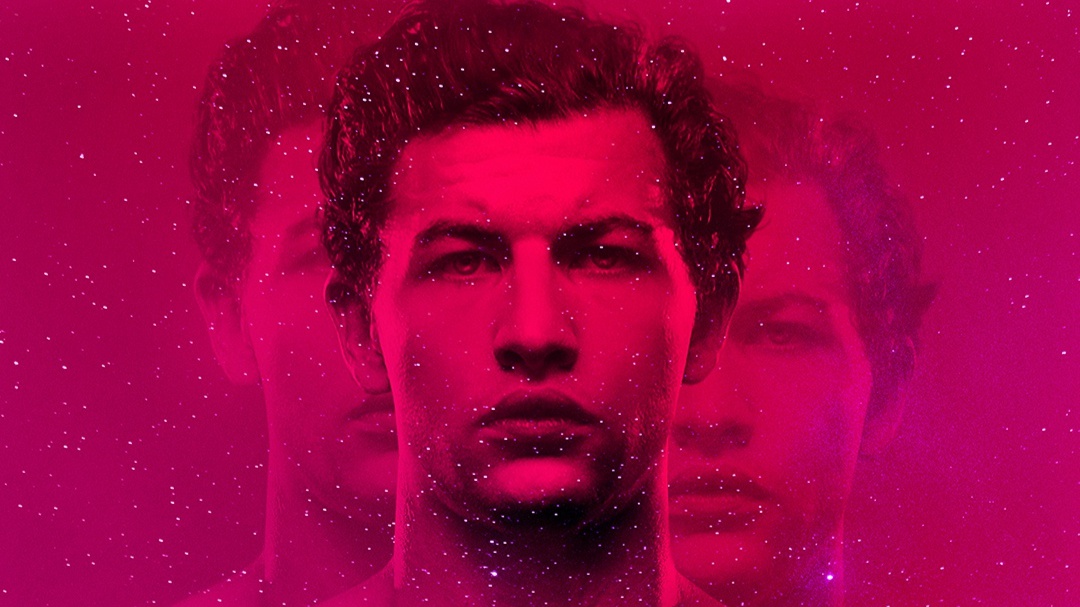 What does it feel like… to feel for the first time? What happens when our innermost nature, after being long suppressed, is finally unleashed? Those are some of the provocative themes explored, within the context of a space epic, in Voyagers.

“It’s about human nature in a vacuum—who we are at our core,” says writer-director Neil Burger about Voyagers, an original story, conceived, developed and written by Burger.

“It’s about a group of extraordinary young people waking up to sensual desires, to freedom, to power, and the thrilling euphoria that goes with that experience.” He handpicked the talented group of rising stars who appear in the film: “I began looking for the young actors who could embody the unusual personalities that find themselves on the ship, who reflected the essential conflict of human nature, and who would wrestle with these powerful impulses.”

Says Tye Sheridan, who stars as Christopher: “Within the context of this big space adventure, the story is really about human nature. Neil has created a world that’s visually striking while providing an opportunity to really dig in and put a magnifying glass to each of the characters.”

The story’s multi-generational mission in search of a new home descends into madness, as the crew reverts to its most primal state, not knowing if the real threat they face is what’s outside the ship or who they’re becoming inside it. It’s a bold, experiential, and genre-defining motion picture event about living beyond the edge, and the delicate balance between control and chaos, subservience and dominance, numb versus switched-on, and order versus rebellion.

With the future of the human race at stake, a group of young men and women, bred for intelligence and obedience, embark on an expedition to colonize a distant planet. But when they uncover disturbing secrets about the mission, they defy their training and begin to explore their most primitive natures. As life on the ship descends into chaos, they’re consumed by fear, lust, and the insatiable hunger for power.

The journey began with two images that came to Neil Burger

“The first was a group of young people sitting around inside a spaceship. They were disheveled, zoned out, and looking like predators resting after a hunt. I don’t know where that image came from. But the second one implied a story: That same group of people chasing another crew member down the narrow corridor of the ship, pursuing him like an animal.”

“I wondered, what’s all that about? But I also thought there was something interesting and meaningful there, and I began to craft the story and the particular world.”

Burger wrote Voyagers before his films Limitless (2011) and Divergent (2014). “I thought, “Well, maybe this is sort of past its expiration date.” But when I did do “Divergent” I must say working with a huge group of young people was really one of the greatest pleasures, and one of the things I’m most proud of in that movie is that cast.

“So once “Voyagers” started coming around again and it was like, “Uh, somebody wants to make this,” I got excited about it again. What’s interesting about a genre movie like this is that you actually can go right at the themes we were talking about. I mean, you can really ask those questions outright, which in a way, in other stories, you can’t quite do. The theme sort of emanates. But here we’re going right at it. I really welcomed the freedom to be able to go right at those thematic questions.”

The movie asks the moral question, why should we be good? If we’re all going to die in the end anyway, what does it matter whether we’re “good” or not? Zac and some of the crew have decided it doesn’t matter at all. They want to do what they want, when they want, no matter the cost to anyone else. Others try to maintain a sense of order, of right and wrong. Burger says “It all raises questions about how a society can function– about selfishness and self-sacrifice. That’s the foundation of the conflict.”

Burger did extensive research on long distance space exploration and also on human behavior, studying confinement, aggression, tribalism, and violence. As he shaped the ideas into the movie, he saw the ship as a metaphor for our world, the human race like the ship’s crew, hurtling through space, not exactly sure why we’re here or where we’re going, but having to make a meaningful life regardless.

Burger had met Basil Iwanyk of Thunder Road Films some years ago and thought he would be the perfect producer to help him bring his vision to the screen. Burger also brought on G. Mac Brown who he’d worked with before, along with executive producers Stuart Ford and Greg Shapiro of AGC Studios, who financed the film’s production budget.

Burger’s vision for the film was for everything to be based in reality. “Voyagers isn’t a fantasy,” he points out. “The spacecraft is purely utilitarian and functional and based on actual proposals within NASA and other organizations studying space travel outside our solar system.”

Burger and his team’s extensive research included a visit to SpaceX, which inspired the strippeddown environment of the film’s spacecraft. “The story is about human nature in a vacuum, and the ship is a sterile environment where the young crew almost seem like laboratory rats. We watch to see how they behave under these conditions, how they quickly descend into savagery. And we wonder, is this who we are at our core?”

Burger wanted to create a primal style of fighting unique to people who have never felt aggression or been exposed to violence via films, television, or videogames. He studied research film of monkeys and apes battling and worked with renowned stunt coordinator Jordi Casares (Jack Ryan) to design a brutal fighting method. Burger wanted these violent encounters to seem similarly natural and unchoreographed.

Casares also oversaw the coordination of the airlock sequence, and Humanitas featured removable ceiling pieces to accommodate the stunt players on wires and cables.

Burger had very specific ideas about how the crew should behave. “They’ve grown up with very little cultural input. They have no real models for behavior and little to do on the ship except eat, work and sleep. In a way they are pure humans—all nature, no nurture. I always thought of them as horses that have never been let out of the stall. They just stand there. I needed the actors to be still, quiet, but it was a challenge to bring 30 young actors to a standstill and I knew I would need some assistance wrangling them.” Billy Budd (Edge of Tomorrow, Captain America: The First Avenger), one of the entertainment industry’s top military advisors, stepped up to coach the 30 actors portraying the Humanitas crew members, on the comportment and body language appropriate to their wildly varying
emotional states when on The Blue or off of it..”