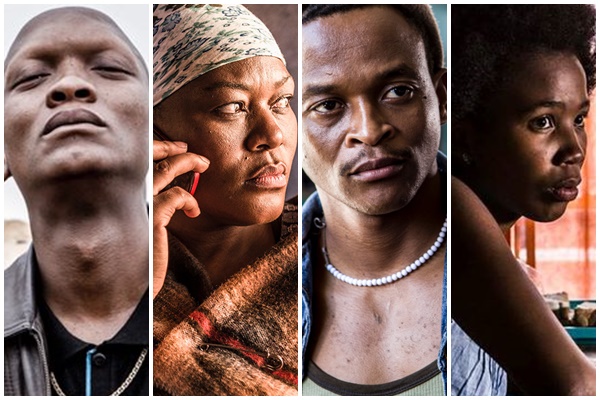 A gripping, edgy and deeply moving story about coming to the city and struggling to survive.

Vaya is based on the lives of four young men from The Homeless Story Project and rooted in their experiences of coming to the city in search of family and opportunities.

Millions of people in South Africa have left rural communities and travelled to cities. For the poor and the jobless the safety net of family is fast disappearing. Countless migrants to the city find themselves invisible and trapped in places with limited opportunities for survival and abused by the very people whose protection they sought.

The Homeless Story Project gives a voice to the voiceless by creating opportunities for stories to be developed into films or published media.

The relationship started with the book Finding Mr. Madini by Jonathan Morgan and The Great African Spider Writers.

The Great African Spider Writers were made of a collective of contributors who were homeless that wrote and continue to write for the newspaper: Homeless Talk. Rififi Pictures (Akin Omotoso, Robbie Thorpe, Rethabile Molatela Mothobi) created a television series based on the book called A Place Called Home.

The major theme in the television series was making ‘the invisible people on our streets: visible’. A Place Called Home ran for three successful seasons on SABC 1 and won five SAFTAS including Best Director (Akin Omotoso and Rolie Nikiwe) and Best Supporting Actress (Nolwazi Shange). It was also selected to participate at the prestigious annual international Public Television ConferenceINPUT.

In 2010, with the aim of continuing the relationship with the writers and developing their talent, producer Robbie Thorpe set up The Homeless Writer’s Project. Along with Producer Harriet Perlman they run the project and the group which comprises of David Majoka,Tshabalira Lebakeng, Anthony Mafela and Madoda Ntuli, meet once a week to share stories and ideas and create a safe place for discussion.

The film script for Vaya began in story workshops, where participants shared and told stories over a period of 6 years. These lived experiences were written down and crafted into a film script.

Vaya makes visible the many invisible lives who come to the city in search of dignity and hope. It provides a rare lens into life in the city that is unique, gritty and hard hitting.

When poverty leaves people with few options, how do we judge the moral choices people are forced to make?

One train. Four people. Strangers bound for Johannesburg. Each on their own mission. But one event will irrevocably change their lives forever.

Based on real stories, Vaya weaves three separate plots that intersect in a gripping, edgy and deeply moving story about coming to the city and struggling to survive. It’s about strangers who never meet, but share a moment when all their lives explode and change forever.

Four characters arrive by train at Park station in Johannesburg. They are in search of family to help and support them. Each has come with a different but simple task to complete. But when they are betrayed by the people who were meant to protect them, they find themselves trapped in the city and with limited opportunities to survive.

In the first story a rural man, Nhlanhla has been promised a job by his big city cousin. His cousin is an important man, whose patronage the village has relied on for many years. But when he arrives he discovers that the job is not quite what he expected.

In the second story Nkulu, a young man is sent to Jozi to reclaim his father’s body. His mother’s reputation back in rural KwaZulu Natal will be ruined if he doesn’t. But getting the body is not as simple as he expects.

In the third story a young girl Zanele brings her aunt’s child, Zodwa to Joburg to live with her mother for the first time. But her aunt is unable to take care of herself let alone a small child and Zanele has her own plans.

Multiple stories are seamlessly woven together. There are no neat solutions and ends don’t easily tie up. As in real life, people often collide for brief moments. Sometimes these encounters have meaning and consequence and often they don’t and people scurry on in search of dignity and resources to survive.

Akin Omotoso studied drama at The University of Cape Town where he won The Fleur du Cap for Most Promising Student. He also won The Standard Bank Young Artist Of The Year in 2007. Television work includes A Place Called Home (for which he won Best Director at The South African Film and Television Awards (“SAFTA”) and the number one drama on South African television Soul City.

Akin has produced and directed four feature films: God Is African and the award winning Man On Ground (official selection to Toronto and Berlin). His romantic comedy Tell Me Sweet Something was released throughout the continent of Africa in September of 2015 and has subsequently been nominated for 7 Africa Magic Viewer’s Choice Awards. His latest film offerings are Vaya and A Hotel Called Memory. Vaya made it’s world premiere at the Toronto International Film Festival in 2016. It will be making its European premiere on the 11th February 2017 at the Berlin International Festival.

“Vaya tells a story of a reality most people would prefer to hide,” says director Akin Omotoso. “I was first inspired by the sheer grit of these stories.“

Shot from different vantage points, the film is a beautiful depiction of the underbelly of the city in all its complexity. Omotoso says: “We shot people at cockroach level, small and insignificant as they navigate an impending world and contrasted this with aerial shots of a vast and sprawling city that swallows our characters up as events they couldn’t anticipate, take hold of their lives.”