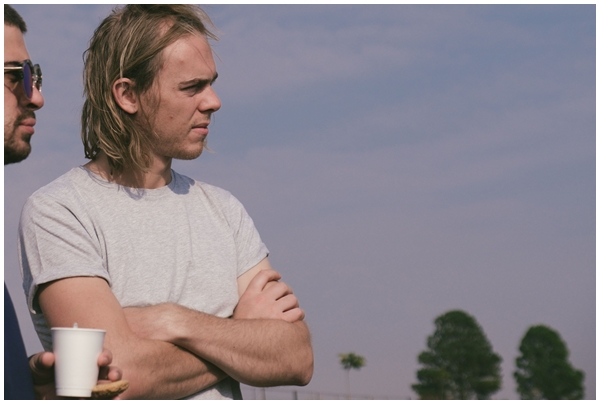 To be in love is the ultimate. We can’t stop believing in love.

In the new Afrikaans romantic comedy Wonderlus, a wedding goes awry and the morning after, friends and foes need to piece together the puzzle of the night before. In search of answers, a groom (Edwin van der Walt) needs to pursue the love of his life, a bride (Mila Guy) has to untangle herself from the past and a waitress (Lea Vivier) tries to escape the present.

The question: Where does our concept about what love is, come from?
Is that which we expect of love, fair? We live in an era of romance, filters and blue “like” signs. We are familiar with the stories of what is expected of us. We aim to realise these stories. Strange how it is usually more difficult to accomplish this, than we anticipate it would be. To be in love is the ultimate. We can’t stop believing in love. The answers that films provide must be true, for how is it that the idea exists, but the reality does not? Maybe the concept is false. Or maybe the timing just isn’t right. So, do what suits you or do what you must.

Where does the story originate from?
It has it genesis in the things that I have experienced and things that I am still stumped by.

You explore the themes of love and accountability through various characters. Why did you specifically want to tackle these themes?

I think it is important to ask the right questions. This is more important than pretending that you have all the answers. Love is complex, and everyone struggles with it and no one has the right answers. I wonder where we get our ideas about love from and that is the question I wanted to explore.

How long did it take you to write and what helped you to keep going?
The concept took shape about five years ago. Thereafter, it was a matter of writing as much as I could every odd month or so depending on how inspired I was. I think one must have a strong conviction for wanting to tell the story. That, and a group of good friends, who are not scared to give their honest opinions.

How often were you asked to minimise the profanity in the text?
No, absolutely nothing. [F**k all.]

For such an honest and sometimes heart-breaking subject, how did you navigate the atmosphere on the set?
To make a film is the most enjoyable thing you can do with your clothes on. Therefore, you do this by reminding people of this. A great attitude, creates a great vibe.

The film is very intimate. How did this impact on the camera work and general stylistic choices?
The goal was to tell an authentic story in the most authentic way possible. All the stylistic choices where approached through this lens.

What is the process that you followed in the casting of the film? How did you know who will work as which character?
We started by casting the net wide enough by using video auditions. Thereafter, the actor discovered the essence of the character. One doesn’t have to over-analyse these thing, you just know.

How did you experience and facilitate the dynamics between the actors and their characters?
The moment an actor is cast in a role, the character no longer belongs to you as the writer or director. It belongs to the actor. You are merely there to assist the actor in the process.

How, do you think the story changed from the original script to now?
The essence is undoubtedly still there, but the image in your head doesn’t stop transforming, since the process requires of you to continuously collaborate with different role players.

Which one do you prefer, directing or editing? And why?
All of it. I believe that both are, to a certain extent, part of the same process. With this film, I was very privileged to oversee both.