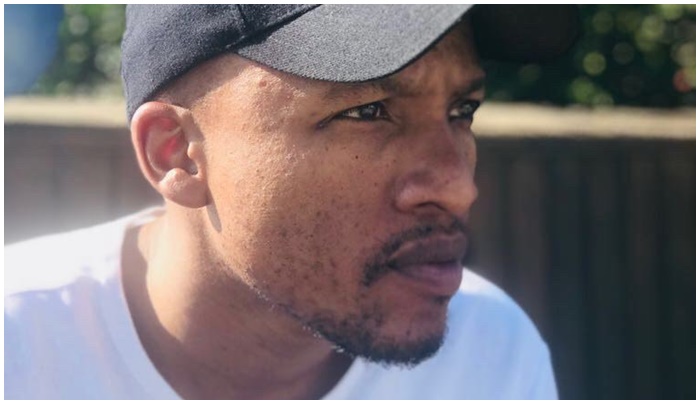 Daniel Dercksen shares a few thoughts with writer-director Jerome Pikwane, a self-confessed cinephile who studied directing at the New York Film Academy, whose supernatural thriller The Tokoloshe unveils the truth behind one of South Africa’s treasured myths.

In The Tokoloshe a young woman, crippled by suppressed emotions, must find the courage to face an insatiable demon wrought in her own childhood when she tries to save the life of a girl child abandoned in a rundown Johannesburg hospital.

Jerome Pikwane finished his secondary schooling at the National School of the Arts and studied directing at the New York Film Academy. He has also worked with some of South Africa’s most established directors, starting his directing career in 2004 with Vuka and Pendoring awards for writing and directing. Jerome has worked with brands such as MTN Telecommunications, PlayStation and Metro FM. He is enthusiastic, versatile and is a self-confessed cinephile.

Tell me about Tokoloshe. What inspired the story?

I always liked horror films because the genre can act as an allegory. Whether it’s “ Jaws” commenting about Watergate or “Get out” dealing with racism. In this case our film deals with  patriarchy.

What does the myth versus reality of the Tokoloshe mean to you?

The Tokoloshe is a bogeyman and most countries have them but our bogeyman represents the bogeyman we all grew up with. For Richard Kunzman and I it was about giving the Tokoloshe relevance. Understanding that the myth means so much to so many people but ultimately we had to give it our own meaning.

You wrote the screenplay with Richard Kunzmann. Tell me about the collaboration?

Richard and I have known each other for over a decade so we know each others strengths quite well. I’m a cinephile and his a novelist so we met somewhere in between.

How did you approach this story?

‘The Tokoloshe’ reflects the times and place of our current world, especially the unpleasant aspects of abuse and misogyny. We must ask how, as a society, we got here. Because that’s what good horror films do. Man is the real monster; that’s why the villain in the film ends up disfigured and why Busi’s abusers, including her father, is represented by a monster. The monster in this case is patriarchy in our society, which our heroine and countless other women and children are subjected to across the globe, whether in the developed or developing worlds. Perhaps it is true that when people consume horror films, they entertain the thought that monsters, human or otherwise, exist. Our belief in their presence stems from our personal repression that comes from feelings of loathing and dislike. My aim as a director is to create a space where the audience can give in to those feelings without fear or judgement. I need to scare them with that which they claim to believe isn’t real and so I want to raise questions about repression and abuse in each audience member

Why do you think horror films are so popular?

Fear is one of our most primordial instincts, and the suspense derived from horror films gives us a great rush at the cost of a movie ticket. In many ways, horror films also take us back to our childhoods when things did go bump in the night. These films are not only about excitement, they are about release: on screen, the anxieties we all face are made concrete in the form of a human or supernatural terror, and therefore made digestible.

What were your influences?

‘The Tokoloshe’ is envisioned as a modern horror, fusing the paranormal with high drama in a claustrophobic environment that oozes with isolation, ostracism, and a pervasive dread, much like Hideo Nakata’s ‘Dark Waters’, or David Cronenberg’s ‘Spider’, but with a uniquely African twist.

What the filmmakers are setting out to do is perfectly summed up by the editor of Fangoria, Anthony Timpone, in an interview with MTV Movies: “A Japanese horror film begins slowly until you have this increasing feeling of dread as you’re watching the film.

They take their time in telling the story, they set up their characters, they set up their horror, and it builds very incrementally until a really big, scary payoff. The films are loaded with atmosphere, suspense, a creeping dread, very eerie sound effects. It’s a real total experience of the senses when you watch a Japanese horror film.”

As in three-times Oscar-winning film ‘Pan’s Labyrinth’, ‘Spider’ and ‘Dark Waters’, ‘The Tokoloshe’ explores the psychological horrors a person experiences in the face of an overwhelming and threatening internal and external world – whether as a child or as an adult who lost her childlike innocence.

Abandoned, lonely, ostracised and, most importantly, not believed, Grace and Busi are mirror images of each other, across the dividing line called adulthood.

The drama of this film does not spring from CGI, special effects, a large cast or epic settings. It remains tightly focused on the unfolding relationship between Grace and Busi. They are two women who have retreated into themselves after trauma, yet both are reaching out to the other without really knowing how to connect. Each has secrets the other must first unravel.

How did you cast the film?

It was important for me to find actors who didn’t have baggage. When the audience meets our characters, they should never say “Isn’t that so and so from that film or TV show?” I wanted the audience to completely buy these characters and the actors portraying them. And hopefully we’ve done this. As a director and co-writer, I had to let go of each character and let the actors inhabit them. I wanted the actors to show me something about their characters that I didn’t know or had never thought of. This process of handing over the characters to the actors was quite liberating; now we hand them over to the audience.

Your views on the South African film industry?

It’s unbelievable how far above our weight we punch but we some how we do. I’m excited to see what my generation of filmmakers come up with. I think the trend is to explore our current social ills through genre films whether its “District 9” or now “The Tokoloshe”.

How difficult is it for screenwriters to get their work produced?

Yes it can be challenging with all the financing obstacles but which filmmaker around the world doesn’t have that problem? But the interest in our films I think is changing that.

It has to speak to you, whether it scares you or thrills you but it must make you change your outlook and I guess most importantly financial viability.

When you sat in the director’s chair, did your vision of the story change much from the screenplay?

Yes it has too but not drastically, there were things that you couldn’t control but you use those obstacles to your advantage. Just look at how well it worked for Spielberg on Jaws.

What do you expect audiences to get from watching the film?

I want them to be scared in a good way, like how I was scared after Psycho or “The thing”. I want the film to stay with them for a long time and I think it will.