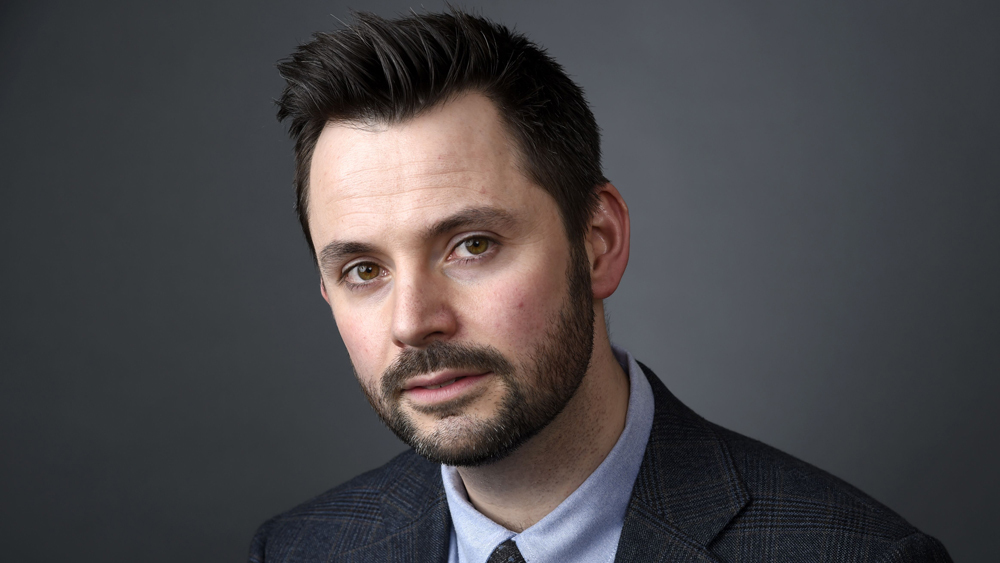 From script to screen: Bridge of Spies

When London-based playwright and television writer Matt Charman stumbled upon a footnote in a biography on John F. Kennedy that referenced an American lawyer whom the President had sent to Cuba to negotiate the release of 1,113 prisoners, his curiosity was piqued. Some quick research yielded a name he did not recognize, that of James Donovan, a successful insurance claims lawyer from Brooklyn.

But it was the story of what took place several years earlier which he found most interesting. Donovan had defended a Soviet agent accused of espionage during the Cold War, and while he specialized in insurance law and had not practiced criminal law for some time, was then asked to negotiate one of the most high-profile prisoner exchanges in history.

Charman, an award-winning British playwright whose productions include three world premieres at London’s prestigious National Theatre, had little knowledge of the inner-workings of the film industry.

Nevertheless, he flew to Hollywood in hopes of convincing a studio to greenlight a film based on Donovan’s remarkable true story. While Donovan’s role was not well known in the annals of Cold War history, Charman pitched DreamWorks Pictures a gripping tale of an idealistic man navigating the world of national security and subterfuge. The executives at DreamWorks were immediately intrigued.

“When I heard the story, it knocked my socks off,” says producer Kristie Macosko Krieger, who was a co-producer on “Lincoln” and is based at DreamWorks. “Not many people know the story of James Donovan and what he accomplished during this period of U.S. history, but it sounded like something that was right up Steven’s alley.”

Director Steven Spielberg has often tackled seminal historical events throughout his career. A history enthusiast, his knowledge of the Cold War dates back to childhood when his father told stories of the deep-seated feelings of animosity and distrust that existed between the U.S. and Soviet Union, stories he still remembers today.

“My father had gone to Russia during the Cold War on a foreign exchange right after Francis Gary Powers was shot down,” remembers Spielberg. “My dad and three other associates from General Electric stood in line because they were putting Powers’ flight suit, helmet and the remains of the U-2 on display for everybody in Russia to see what America had done. He was about an hour away from the front of the line when a couple of Russian military officials approached my dad and asked for their passports, saw they were Americans and got them to the head of the line, not to convenience them, because after they got to the head of the line this Russian pointed to the U-2 and then pointed to my dad and his friends and said, ‘Look what your country is doing to us,’ which he repeated angrily several times before handing back their passports.”

These were the fevered years of the Cold War, a war that involved information, not combat, where words were the ultimate weapon. It was a time when anti-Communist propaganda, “Duck and Cover” educational videos and the media’s sensationalist coverage of events like the Rosenberg trial bred fear and hatred across the country….hatred stemming from fear of the unknown. No one was safe, and it was an especially dangerous time to be in the headlines for defending a Russian spy…

As a child, the 8mm war movies Steven Spielberg made in his backyard were often set in World War II, a recurring subject in a number of the films he would one day direct—titles ranging from “Schindler’s List,” “Saving Private Ryan” and “Empire of the Sun” to “1941” and the “Indiana Jones” films—but until now, none were set in the world of international espionage.  “I love spy movies,” says Spielberg. “I love John le Carré, the James Bond movies, Mad magazine and the infamous ‘Spy vs. Spy’ column that I grew up with, so spying has always been on my mind.”

Producer Marc Platt, whose credits include “Into the Woods,” “Drive” and the upcoming “The Girl on the Train,” was familiar with Donovan’s story and was also aware of director Steven Spielberg’s interest in the Cold War—and history in general—and felt it was ideally suited for the director’s sensibilities. “As a filmmaker, Steven has studied some great iconic characters and can re-create history in an extraordinarily cinematic way. He’s the perfect filmmaker to tell a story like this.”

And they were both right. The story was part legal drama, part thriller and part historical epic, and Spielberg was riveted.

But it was the character of James Donovan(a brilliant performance from Tom Hanks)  that he found most appealing. The story of a well-respected lawyer living the life of a typical family man in the ‘50s who took on a dangerous assignment and prevailed through sheer instinct and conviction of principle, had enormous cinematic potential.

“As a youngster growing up in the ‘50s and ‘60s, I had a tremendous amount of awareness of what was happening during the Cold War, but I didn’t know anything about the exchange of Rudolf Abel for Francis Gary Powers,” says Spielberg. “I knew about Powers because growing up everyone had heard that his U-2 spy plane had been shot down and that he had been put on public display at a very public trial, but the story kind of ended with a spectacular shoot down. I didn’t realize that something had happened subsequent to his capture, which was this very backroom exchange, this spy swap between Abel, a Soviet spy, and Powers, the American spy pilot. So there was a lot to this story that really pulled me in.”

Charman returned to London to start writing, and within six weeks delivered a thought-provoking, well-crafted script that generated a wonderful feeling of suspense between the multiple stories. Says Spielberg, “Matt did a good job of connecting the Powers story with the Abel/Donovan story.”

It was a clever, and important, juxtaposition because Powers was technically doing the same thing Abel was arrested for, only from the air, and Charman knew that structurally he needed to make all of the different stories speak to one another. Platt agreed, saying, “Matt did a fantastic job, and once he was finished, we brought his draft to the Coen brothers, who write with a tone which is real yet has a particular edge to it, which was perfect for this story.”

The Coen brothers, whose impressive filmography includes titles like “No Country for Old Men,” “The Big Lebowski” and “Fargo,” immediately dove in, immersing themselves in the language of the period and incorporating Tom Hanks’ persona into the character of Donovan, expertly interweaving this remarkable experience in his life into a powerful story that captured the essence of the man.

“Joel and Ethan got us very, very deep into the characters,” says Spielberg. “They really instilled a sense of irony and a little bit of absurd humor, not absurd in the sense that movies can take license and be absurd, but that real life is absurd. They are great observers of real life, as we all know from their great august body of work, and were able to bring that to the story.”

One theme woven throughout the texture and framework of the Coen brothers’ screenplay which struck a chord with the director was the notion that spies looked like everyone else. He explains, “It wasn’t just shadows and light and spies in a stereotypical way, but it was spies as people that we wouldn’t even think twice about, we wouldn’t even notice them to begin with, let alone figure out that they’re here to do a mission against our national security. Between Matt Charman and Joel and Ethan Coen, I was in the hands of three wonderful storytellers.”

Inside Llewyn Davis, which Joel Coen directed produced and wrote with his brother, Ethan, was awarded the Grand Prix at the 2013 Cannes International Film Festival. The brothers also wrote the screenplay for 2014’s Unbroken, directed by Angelina Jolie. Ethan has produced and co-written such critically-acclaimed films as Miller’s Crossing; Barton Fink, and O Brother, Where Art Thou?

One of 1996’s most honoured films, Fargo, which he produced and co-wrote, received seven Academy Award nominations and won two, including Best Original Screenplay for Ethan and his brother, Joel, who was honoured as Best Director by the National Board of Review and the BAFTA Awards for 1996’s Fargo.

Ethan co-directed and co-wrote the 2004 comedy The Ladykillers with Joel.

Among the other films that the brothers co-wrote and produced were Blood Simple, Raising Arizona, The Hudsucker Proxy, The Big Lebowski, The Man Who Wasn’t There and Intolerable Cruelty.

Almost an Evening, comprising three short plays by Ethan, was staged in 2008 off-Broadway by Neil Pepe at the Atlantic Theater Company’s Stage 2 and then at the Bleecker Street Theatre. In 2009, the same director and company staged his three new short plays under the title Offices.

In 2011, Ethan’s one-act play Talking Cure, along with one-act plays by Elaine May and Woody Allen under the collective title Relatively Speaking, was staged on Broadway by John Turturro.

The Coens most recently directed The Ballad of Buster Scruggs, a Western anthology starring Tim Blake Nelson, Liam Neeson, and James Franco. It began streaming on Netflix in 2018.

It was announced in March 2019 that Joel Coen would be directing an adaptation of Macbeth starring Denzel Washington. The film, titled The Tragedy of Macbeth, will be Joel’s first directorial effort without his brother Ethan, who is taking a break from films to focus on theater.