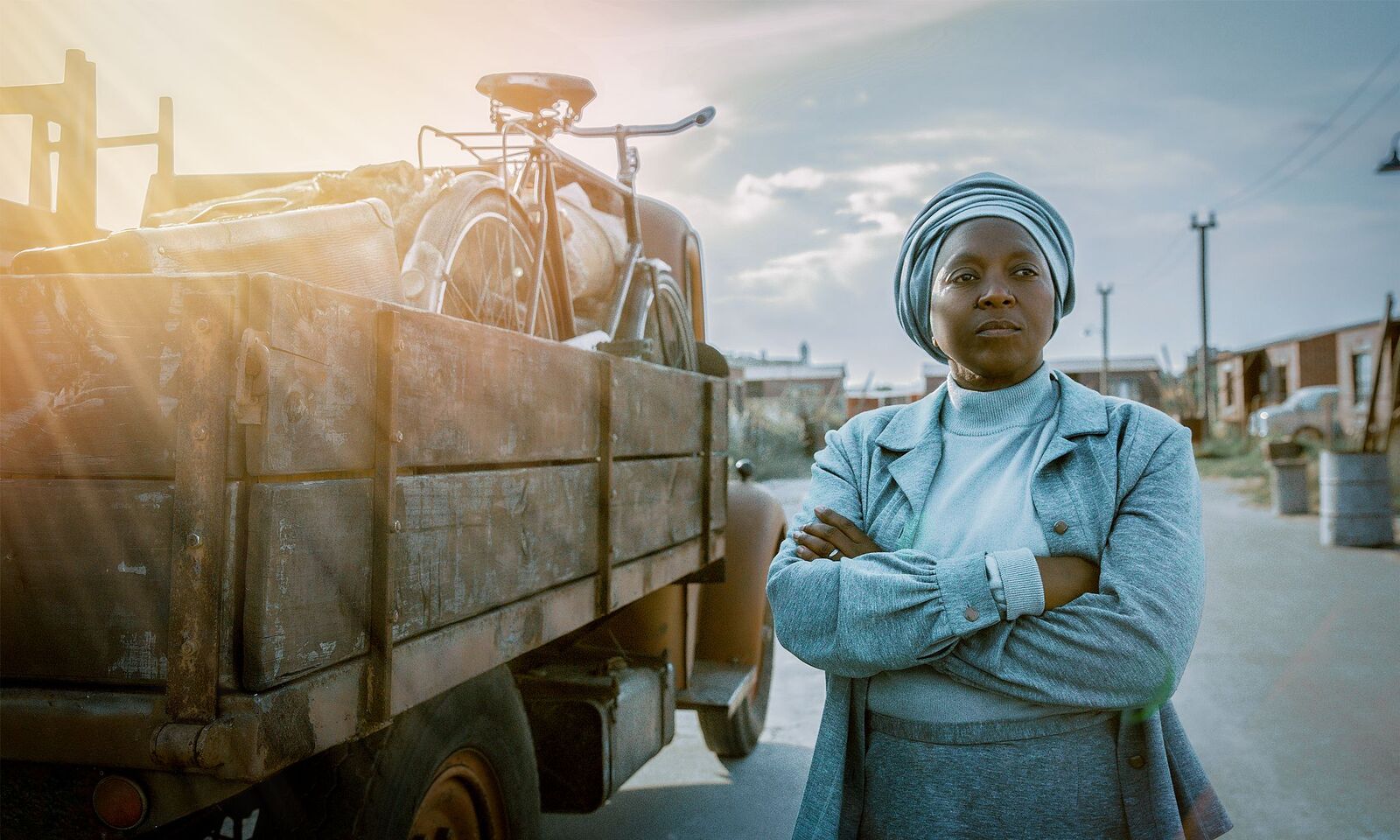 Based on the beloved true story told in Elsa Joubert’s award-winning novel which is regarded as one of the best African novels of the twentieth century, Poppie Nongena’s heartbreaking story is brought to the big screen by celebrated director and screenwriter Christiaan Olwagen.

“Die Swerfjare van Poppie Nongena happened to be one of the novels I filched from my mother’s library, now sitting in my own stockpile, part of a plethora of promise-to-reads gathering dust. I grabbed it off the shelf, decided there and then that it was as good an excuse as any, and dove in. I devoured it in one sitting – completely blown away. Without a doubt a political piece but told through a very personal prism. Its unique stance on the student riots, wholly viewed from the perspective of a concerned parent, was something I hadn’t read or seen. It was very much the story of a mother’s struggle and I fell in love with the eponymous heroine,” says Olwagen.

“Elsa Joubert was deeply touched by Poppie’s plight and wrote, Die Swerfjare van Poppie Nongena, to give her a voice. So, both the film and the book, provide an intimate glimpse into the life and times of Poppie,” says Producer Helana Spring. “It explores the inner machinations of her relationships with her children, her husband and her community. It explores the varying generational value systems as they collide. In short, it is a fly-on-the-wall slice of life observation of a time in history, told from a very personal perspective.”

Telling the story of a South African isiXhosa mother ( Clementime Mosimane), whose life revolves around finding stability for her family when she is deemed by the law to be an illegal resident in her own country, it captures her struggle with the authorities for permission to stay, moving from house to house, applying for permits, applying for extensions, extensions of extensions, and using every means at her disposal to remain with her children. Caught in the crossfire of her children’s needs, her husband’s illness, community anger and repressive laws, she is finally forced to surrender just as the 1976 riots for freedom erupt.

“The film is very authentic: it teaches about our history as a country and people; where we coming from, what strong women we have fighting the system of the day,” says Clementime Mosimane. “Walking your own journey where the rest of the world did not even know. It is very close – because I know so many Mothers and Women who have walked that road . It’s one of the films I would dedicate to women on every Women’s Month and Day.”

The film’s viewpoint is deeply personal. “Although it deals with a life of struggle, it is filled with humour, hope, tenderness and entertaining insights, which open a window on a time in history that we can all learn from” said producer Helena Spring, who is committed to enable the film to make a difference to the plight of women. “I will be donating 10 % of the Producer’s profits from the film to organisations working to stop gender-based violence in South Africa,” she confirmed.

“Poppie’s deeply personal experiences, her profound love story with her husband, her love for her children and her formidable inner courage will inspire young and old, as she draws meaning and purpose from the most difficult moments of her life” she concluded.

“The Long Journey of Poppie Nongena is a very important story that needs to be told. It took several years to develop the screenplay. The film won no less than fourteen awards at our recent KykNet Silwerkerm Film Festival, testimony to the quality of this production” said Karen Meiring, head of KykNET.