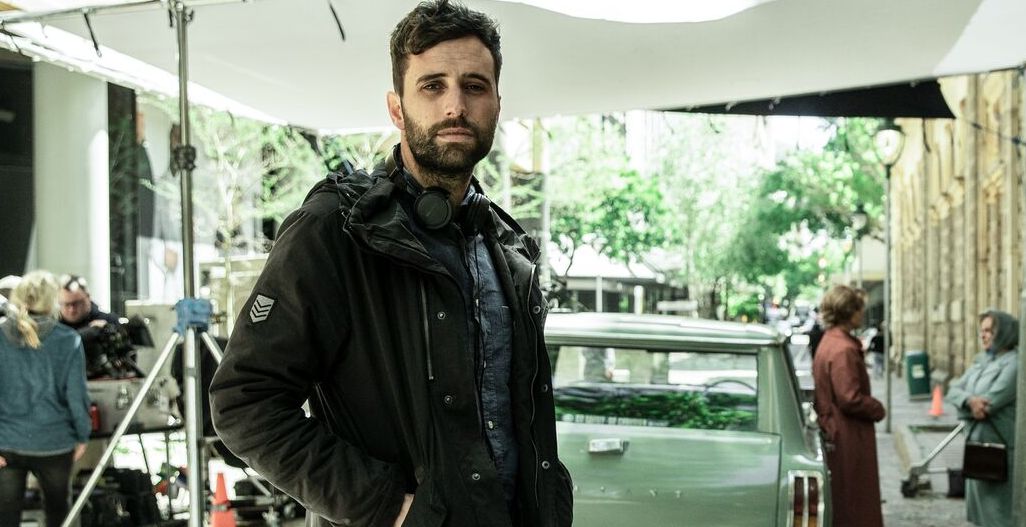 Celebrated filmmaker, screenwriter and playwright Christiaan Olwagen brings Poppie Nongena to life on film, telling the story of a South African isiXhosa mother, whose life revolves around finding stability for her family when she is deemed by the law to be an illegal resident in her own country.

Christiaan’s film debut was in 2013 at the Silwerskerm Festival in Cape Town, with the short film “Toevlug”. The short won Best Director, Screenplay and Best Short Film. His feature film debut was in 2016 with “Johnny is nie Dood nie“. It won Best Actor, Supporting Actress, Supporting Actor, Screenplay, Art Direction, Music, Best Director and Best Film at the Silwerskerm Festival. It has been described by South African critics as a landmark in Afrikaans cinema. This was followed by the astonishing Kanarie, about a young gay army recruit who joins the South African Defence Force Army Choir at the height of apartheid, and the Afrikaans adaptation of Chekhov’s The Seagull transposed to a contemporary South African setting.

How did you get involved with Poppie Nongena?

I often don’t look for the projects that I end up doing, they somehow find me and Poppie followed a similar trajectory. I was approached by Helena Spring and Karen Meiring with a phone call and a draft. They asked me to read the script and see whether I’d be interested in coming on board. I wanted to get to know the source material first and I knew of the book but had never gotten around to reading it.

Die Swerfjare van Poppie Nongena happened to be one of the novels I filched from my mother’s library, now sitting in my own stockpile, part of a plethora of promise-to-reads gathering dust. I grabbed it off the shelf, decided there and then that it was as good an excuse as any, and dove in. I devoured it in one sitting – completely blown away.

Without a doubt a political piece but told through a very personal prism. Its unique stance on the student riots, wholly viewed from the perspective of a concerned parent, was something I hadn’t read or seen. It was very much the story of a mother’s struggle and I fell in love with the eponymous heroine. After re-reading the last page several times, I phoned Helena in tears: “When do we start?”

What appealed to you about this project specifically?

Growing up, my single mother was working three jobs to get by and so my upbringing was entrusted to a strong-willed, god-fearing Ndebele woman who had claimed my care with such tenacity I could easily have been one of her own. Although I was raised without a father, I had the privilege of having two mothers instead. Under one roof, these women determined the type of man I am today.

The one gave me a life, the other gave me love and together they gave me a home. When I read the novel, I saw my other mother, on every page, in every prayer, scold, heartache and defiant gaze.

Any reluctance to get on board was swept away when Poppie became my personal love-letter to her and all the other mothers of South Africa.

What was your vision with directing this film?

We knew from the get-go trying to tell the whole story in a single film was going to be a near impossible task. After meeting the novelist, Elsa Joubert, and getting her permission to take what we need and discard what we don’t, the screen writer, Saartjie Botha and myself, took a page from Virginia Woolf’s Mrs Dalloway – through the prism of a singular timespan we can comprehend an entire lifetime. We decided to tell the tale from the perspective of the final year in the novel, the most political and tragic year in Poppie’s life.

Visually, my cinematographer, Vicci Turpin and I were torn between sweeping epic and kitchen sink realism. Although the film is set in the 1970s, we wanted it to be a look into the past from the standpoint of the present. We went to the Italian Neo-Realists for inspiration – particularly Vittoria Di Sica’s Bicycle Thieves and the contemporary naturalists, the Dardenne Brothers.

We wanted the film to be a hybrid between a documentary, the cinema of the Italian NeoRealism and a Baroque painting. Vicci achieved the “look” with an emphasis on natural light and the “feel” with an Easy Rig, especially designed for the film, giving us the hand-held, eye-level sense of a war documentary but with the precision and control of “Steadicam”, allowing us to shoot uninterrupted sequences of up to 8 minutes.

Although the feeling of the film is visceral, we aimed to juxtapose the political and emotional upheavals with the tragic beauty of a biblical baroque painting. The depictions of domesticity by Dutch painter Johannes Vermeer, who painted milk maids with the same reverence as the madonna, greatly influenced the visual poetry of the film.

Coming from a theatrical background I’ve always believed that performance takes precedent. To me, rehearsals are key and the performers are my most important collaborators. I’ve grown fond of long uninterrupted takes because they highlight the performance and give the audience a sense of “real-time”.

With this project I particularly wanted to highlight the aspect of time because it ties into every theme in the film – being a prisoner of a time, the ticking time-bomb that is Poppie’s passbook and the “time’s up!” aggression and urgency of the student movement.

Were there any key crew that you felt simply “had” to be on this project? If so, who, and what did the bring to the film?

First of all – there were two women who poured blood, sweat, tears into this project long before I came along – producers Karen Meiring and Helena Spring. They are the key players that made all of this possible. When I came along the only people I insisted on having with me on this project were my two celluloid soulmates, line producer Roelof Storm and editor Eva Du Preez – I try and not make films without them.

The rest of the crew were all relatively new. People I’ve heard of but never had the opportunity to work with. As each key player came along I knew they were perfect for the part. From meeting Helena, drinking coffee with Vicci, to “discovering” Clementine on an audition tape. What I knew I “had” to have was a reflection of the spirit of the film both on the screen and behind the camera.

I insisted on surrounding myself with female collaborators. We ended up having more women head of departments than men. It made all the difference. The environment on set was incredible – less ego more acumen. I’ve always gravitated strongly towards female collaborators (possibly because of my all women upbringing) and for this film it was the perfect collective of creative conspirators.

Is there anyone in the cast that stood out to you?

Clementine Mosimane. A force of nature. She ran the whole gamut of human emotions, A to Z, in one film. She’s not only an exceptional actress but an incredible human being. Whereas the script gave the lead character its bones, she was the beating heart, pumping the blood of her own experiences into Poppie. Ultimately, she was key to bringing the whole film to life.

But honestly every single person played such an integral part. From doyenne, novice to non-actor -everyone brought their own unique set of life experiences to the project.

A special mention goes to Chris Gxalaba who played Stone. He doubled-up as Xhosa advisor and like Poppie’s husband, he was the epitome of support.

Why do you feel this film is relevant to cinema audiences at the moment?

It’s concerning that the troubling issues the film deals with haven’t changed at all. Involuntary migration and displacement affect millions daily. Poppie’s story could easily be transposed to a current-day Mexican migrant in USA, a Syrian refugee in Europe or even an African asylum seeker in South Africa . The film serves as a modern-day reflection in an apartheid-era mirror. It’s a cautionary tale. A global reminder of my country’s not so distant past. And an appeal to learn from our mistakes or be doomed to repeat them.