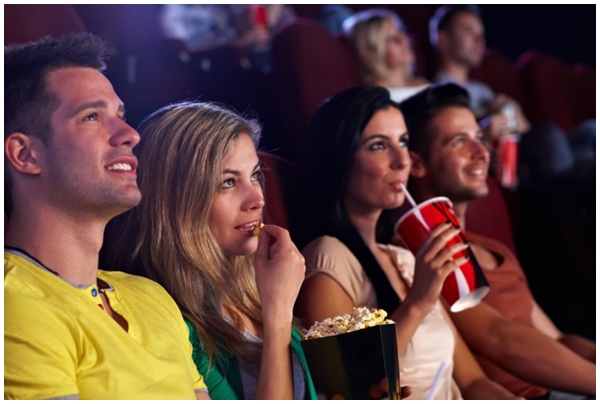 Why The Box Office Is Important For Screenwriters And Filmmakers

Although most people think of the box office as just a money making machine, for screenwriters it’s worth gold as a valuable tool in crafting their stories.

A film playing to an empty cinema has now power at all –it’s just shadows on the wall.

The power of the film resides in the response of the audience, who buy tickets to feed the hungry appetite of the Box Office.

It’s a magical machine that changes constantly with the release of each film, and after an opening weekend, the film choice of audiences give an accurate indication of what people want to see, and what films are destined for streaming and the DVD/ Blu Ray arenas.

“Audiences don’t know what they want. They only know when they see it, and they either love it or don’t like it,” said Frank Capra. “People cannot be programmed. You cannot program the human spirit, and you cannot predict the human spirit. All you can hope is that what appeals to you will appeal to somebody else.”

People sit in a cinema watching a film. Only when the action on the screen and the reaction in your mind are united as one, “film” is taking place. This ‘communication’ begins with the screenwriter who created the idea for the film, and uses film as the medium (the element that the artist uses to express ideas) for communicating and expressing the idea.

Film is a communication between the filmmaker and the audience.

Ultimately, it’s all about the audience, and it is your job as a screenwriter to satisfy audience expectations, to reward the audience for paying attention and taking a journey into your story, hopefully succumbing to its impact and seduced by the magic of storytelling.

Filmgoers expect a lot from films and it is your job as a screenwriter to understand the audience demand.

When the lights in a cinema fade before the film is starts, the collective IQ of the audience can escalate by 60%; the audience knows everything about the genre and wants their expectations fulfilled.

“When you think about it, going to the movies is bizarre,” comments Robert McKee in his book Story. “Hundreds of strangers sit in a blackened room, elbow to elbow, for two or more hours. They don’t go to the toilet or get to smoke. Instead, they stare wide-eyed at a screen, investing more uninterrupted concentration than they give to work, paying money to suffer emotions they’d do anything to avoid in life.”

For screenwriters hoping to get their screenplays sold, the Box Office is a valuable resource that gives an accurate indication of what works in the current marketplace, and what audience will pay to see.

Sometimes the most marketed and hyped film will die a sudden death after its opening weekend, and then suddenly resurface weeks later; sometimes an independent underdog strikes gold and remains on the box office Top Ten for months.

Low Concept Stories are character-intensive, background story where the main character becomes more personal and the story focuses on the interior life of the character. This is often the personal interest story. (The Danish Girl, Forrest Gump, Mr. Holmes, Irrational Man, Life ). It is often referred to as Art Films.

A high concept film like Titanic is both event driven and character driven and remained at number one at the box office for years in most countries worldwide.

High Concept films are more commercial and will usually end up at the Commercial Box Office in South Africa, or if its Low Concept, it will find its home at the Nouveau box office.

Films that people pay to see will end up at either box office of both, and clearly reveals what genre is most popular.

This is not just a gimmick, film audiences are discerning and know what they want to see.