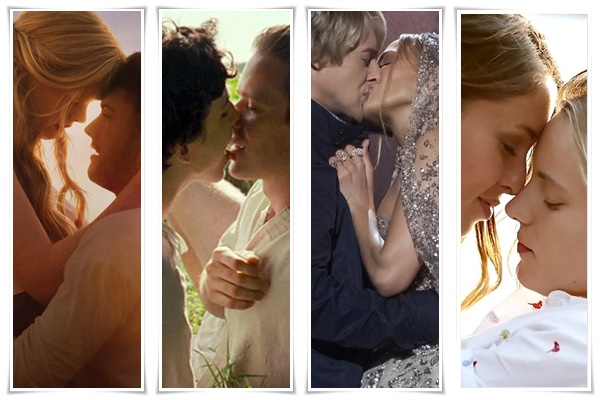 If there’s one genre everyone loves, it’s Romance, romance novels and romantic films will always hold a special place in the hearts of everyone, filling our hearts, igniting our passions, and helping us consider the nature of love in a new light.

Romance feeds the inherent and instinctive human desire for love and companionship. Everyone craves it – needs it, even. We have many connections throughout our lifetime – friends, colleagues, family – but our partners become the most important.

How to write a romance for film or fiction

Whether you want to be known as a career romance novelist, or screenwriter, writing romance demands skill. Romance is becoming more and more popular, with many romance novels being turned into movies and TV series. Love does indeed make the world spin round in the world of crafting stories for readers and viewers.

Romance is a genre that could be successfully blended with any other genre, ranging from the musical genre to horror, sci-f, action-adventure, stories about dystopian wastelands or natural disasters, or even documentaries.

The romance genre contains numerous subgenres. The most successful romance writers write within a specific niche, which allows them to set their love story within a context they’re passionate about. If you’re interested in ghosts and otherworldly creatures, try writing a paranormal romance. If you’re fascinated by a specific time period, your novel writing might drift towards historical romance. The new generation of primetime soap operas is full of romance, breakups, and characters who can’t resist meddling in other people’s affairs.

Where Does The Love Story Take Place?

The setting of our love story is absolutely paramount in romance. Romance is all about escape — and if the setting isn’t immersive enough, readers won’t be able to lose themselves in the story. The setting needs to be a place both reader and author will want to return to, book after book.

Not only will your setting create the atmosphere for your romance, but it will also inform your characters’ backgrounds. A romance story set in modern-day New York will feel much different than, say, Renaissance-era Florence. Be as specific as possible when describing your romance fiction’s setting. This goes not only for the time period but the sensory experience of your location as well. A memorable setting will capture readers’ imaginations and create a vivid backdrop. No matter where your story takes place, the most important thing is that it is immersive and feels real.

Your goal as a writer of any type of fiction is to pull your readers in and transport them into your world. Once you have chosen the specific location of your story, balance description with action. Don’t write endless paragraphs that only describe. Use the location within the conflict. Use all the senses when describing your setting. Be specific about the time of year your story is happening, and even the time of day. This helps the reader visualize what’s going on. It also helps certain scenes make more sense – like something that would only ever happen at night. Even if they are not central to the plot, talk about the social and political environment. These things impact everyone’s lives and your characters are no exception. Use several different elements to set the mood and atmosphere. Things like temperature, weather, lighting, and the emotional atmosphere will all contribute to how everyone is feeling.

Writing romance writing requires strong main characters. A reader’s engagement with the story will likely be determined by the chemistry of your protagonists. Make sure your characters have compelling backstories that inform their points of view about romantic relationships. A romance novel is only as intriguing as the dynamic between the lovers. The best romance authors know how to create rich, complex characters to fuel the love story.

Francine Rivers has adapted her best-selling novel Redeeming Love for the Big Screen with director D. J. Caruso, a life-changing story of relentless love and perseverance as a young couple’s relationship clashes with the harsh realities of the California Gold Rush of 1850.

Don’t Be Afraid of Romance Tropes

A plot device or “trope” is a specific person, object, or situation that is used to advance the plot in the way the writer wants. It is a means to an end – the writer knows what result they want so they figure out a way to get there.

Romance tropes exist for a reason. We’ve all read stories in which best friends become lovers, or in which love is forbidden due to class, station, or family affiliation. These romance plots consistently engage romance readers, and you shouldn’t be afraid to include them in your novel.

Don’t shy away from plot devices that you know will work, just be sure you are being creative. Put in the effort to write something people will love to read. You can also do this by combining several different plot devices to create a unique flow.

If you’re writing your first romance you may find it hard to strike the right balance when writing your intimate scenes. If they’re too overt you may alienate readers, but if they’re too tame the readers may leave disappointed. How you write sex scenes will likely depend on your own writing style and the subgenre of your story, but there are a few rules of thumb that can be helpful regardless of what type of writer you are. Your intimate scenes shouldn’t exist for their own sake: They should advance the plot or show character development in some way. Just like in real life, characters are often at their most vulnerable during these scenes, and seeing the way that they act can tell us a lot about them.

Within the romance genre, you will find different levels of intimacy.

On one end the spectrum is straight erotica. Here, physical intimacy is the focus. Writers go into excruciating detail with every scene. And there are a lot of scenes.

Graphic sex scenes are not a requirement for successful romance. Knowing your audience / readers is crucial in determining how intimate you get in your writing. Your own level of comfort will also come into play.

The general “show, don’t tell” rule works well with scenes of physical intimacy, especially between characters who already have a deep connection. You don’t have to be graphic to let your reader know, through her reaction, how a kiss from her partner makes your female protagonist feel.

Unless you are writing erotica, your intimate scenes should have a specific purpose. They should serve to advance the plot in some way. Whether it’s the moment you’ve been building up to for half the novel, or it’s a means to create conflict, it shouldn’t be there just because.

Mothering Sunday explores the fragility and power of sex, love and the impact it has on a creative female artist

While the main couple is obviously where most of your characterization focus should be, secondary characters are critical to a well-rounded romance. Secondary characters fill out the world of your romance novel. Friends, family, neighbours, coworkers, and even arch-enemies — say, someone who’s competing with one of your main characters for the other character’s interest — all contribute to making the story come to life.

Best friends are typically the most important secondary characters in romance since they’re the ones who dispense advice, give pep talks, and generally add colour to the story. They’re often a little bit quirky, but that’s why the main characters love them… and why readers do too!

Crazy sisters, eccentric best friends, jealous guy friends, and protective family members all add value and drama to your story. Don’t neglect these characters and their relationship with your Protagonist.

Sign up for The Write Journey to write the perfect romance